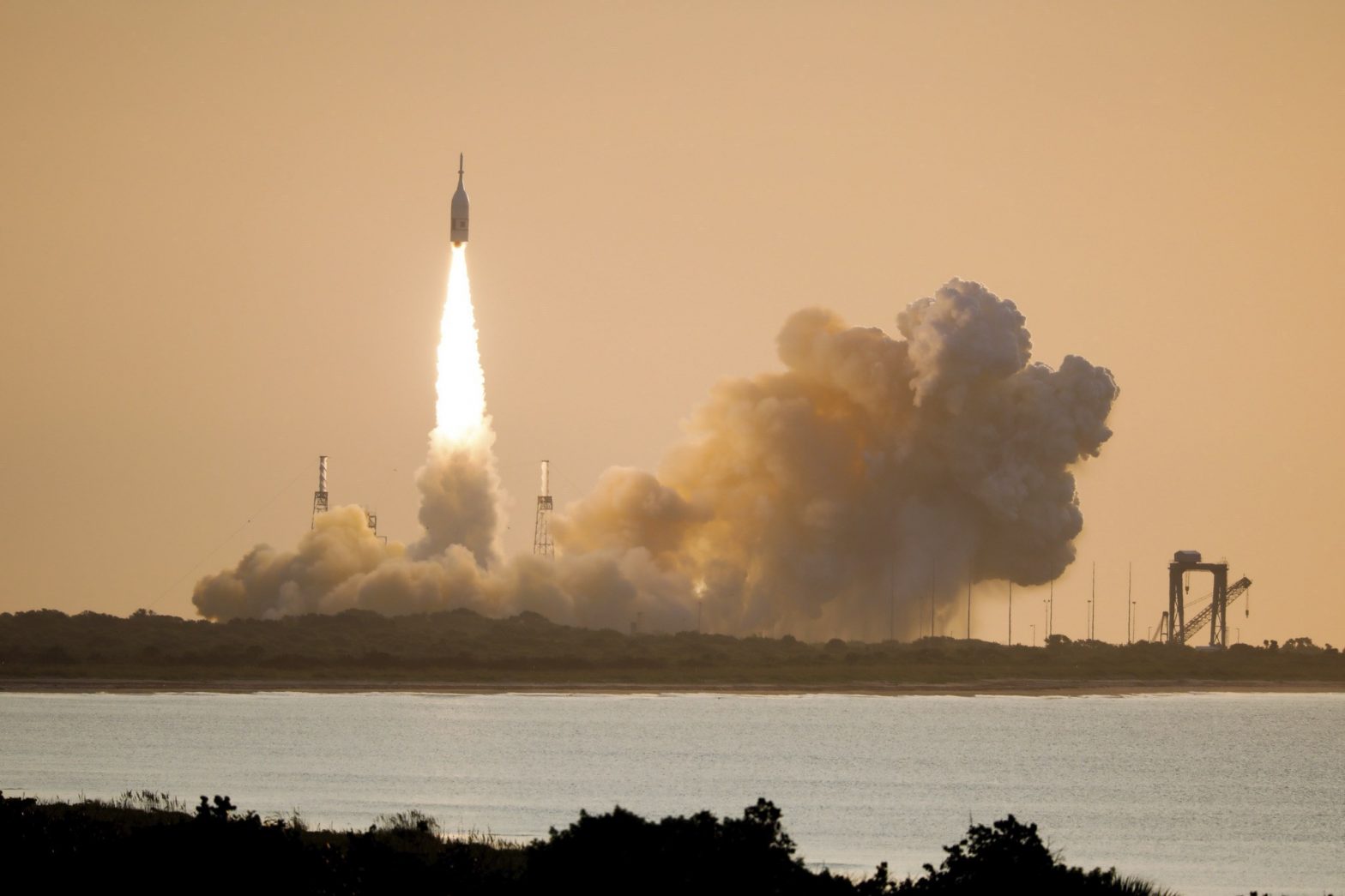 The critical launch abort system for NASA’s Orion spacecraft was put to its hardest test today, and it demonstrated its capability to pull the crew module and future astronauts to safety during a launch if there is an emergency. Lockheed Martin designed and built the launch abort system for the test and is also the prime contractor building the Orion spacecraft for NASA.

The Ascent Abort-2 flight test is a major test milestone that is enabling the safe passage of astronauts aboard Orion on the Artemis missions to the Moon and then Mars.

During the test from Cape Canaveral Air Force Station, Florida, the Orion launch abort system, with a mock-up Orion capsule, was launched on a modified Peacekeeper missile. At 31,000 feet, or about six miles up, into the flight, the on-board computers initiated the abort sequence. The launch abort motors, generating 400,000 pounds of thrust, then pulled the Orion capsule away from the rocket which was already traveling nearly 1,000 mph. Using its attitude control motor, the abort system then reoriented itself and jettisoned the Orion capsule using its jettison motor. The total test took less than three minutes.

“The test flight performed perfectly, not to mention it was really exciting to watch,” said Mike Hawes, Orion program manager for Lockheed Martin Space. “Hopefully this will be the last time we see this launch abort system ever work, but this test brings confidence that if needed on future Orion missions, it will safely pull the crew module and astronauts away from a life threatening event during launch.”

The Orion launch abort system is the highest thrust and acceleration escape system ever developed and is the only system of its kind in the world. It’s a major system that makes the Orion exploration-class spaceship the safest spacecraft ever built.

This is the second time the Orion launch abort system has been put to the test. The first flight test was in 2010 simulating a static abort from the launch pad. AA-2 is the final test and demonstration of the full-up launch abort system.

NASA’s Orion spacecraft for the uncrewed Artemis 1 mission to the Moon is being developed at the NASA Kennedy Space Center and will soon head into environmental testing—all in preparation for a 2020 launch.