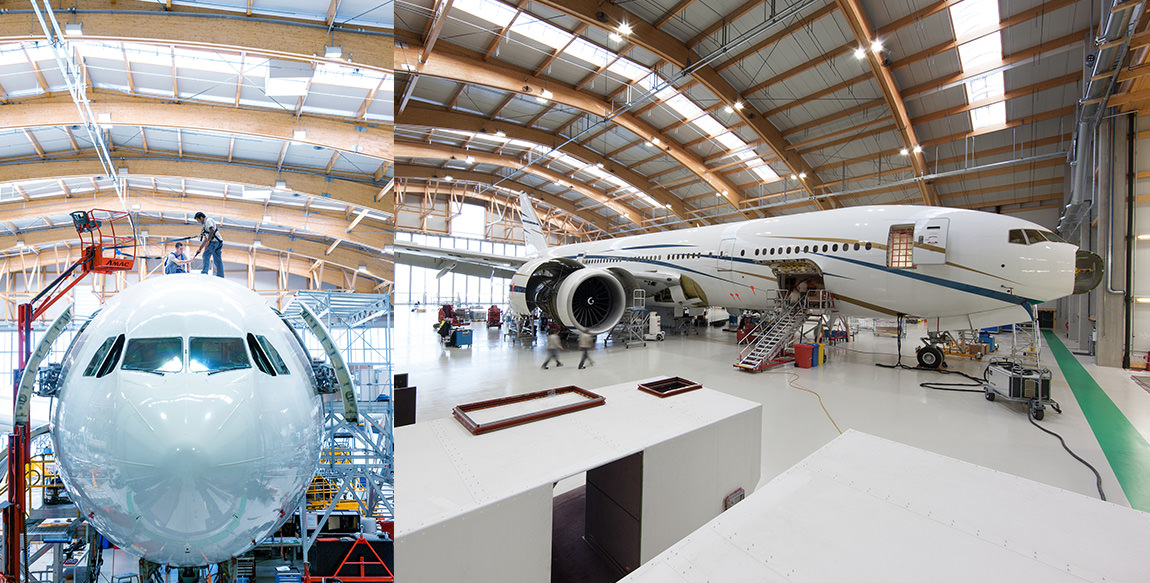 AMAC Aerospace has announced that two Head of State aircraft arrived at the end of July in Basel, Switzerland for completion. The company has also been awarded several new maintenance projects.

AMAC Aerospace received an Airbus ACJ340 in late July in Basel. The Head of State aircraft stayed for two months at AMAC’s headquarters to undergo a C-check. AMAC installed a Ka-Band system to ensure seamless connectivity on board of the aircraft. The Airbus team of AMAC performed some minor modification cabin work and several rectifications inside the aircraft. The second Head of State aircraft arrived in late July in Basel. AMAC carried out a multiple C-check packages on the Airbus A320.

The company also completed an 8C-check on a Bombardier Global XRS. The privately-owned aircraft was delivered by the end of February to undergo a maintenance check. While on the ground, a cabin refurbishment was completed as well as avionics upgrades were carried out. The maintenance check required the removal of the stabilizer.

AMAC Aerospace has also been awarded the upgrade of the connectivity system on a privately-owned Bombardier Global 6000.