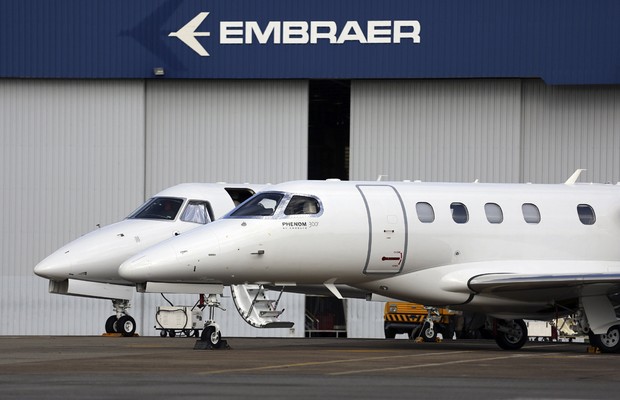 Embraer delivered a total of 14 jets in the first quarter of 2022, of which six were commercial aircraft and eight were executive jets (six light and two large).

As of March, the firm order backlog totaled $17.3 billion.

Embraer delivered 56 Phenom 300 series light jets in 2021, signaling a decade of product excellence and market dominance. The Phenom 300 series has had an annual average of 50 aircraft delivered per year since entering the market in December 2009. In the first quarter of 2022, Executive Aviation sales continue to grow.

In the Defense segment, Embraer signed two contracts with the Brazilian Army. The first for the Army’s acquisition of four additional SABER M60 radar units, in its 2.0 version, and the second for the development and deployment of Phase Two of the Army’s Strategic Program for the Integrated Border Monitoring System (SISFRON).

In the Services and Support segment, Embraer signed a comprehensive long-term services agreement with Air Peace to support the airline’s fleet of E195-E2 and ERJ 145 jets. The contract includes access to the Pool Program, which includes component exchange and repair services for hundreds of items on Air Peace’s Embraer aircraft, and the installation of Ahead-Pro (Aircraft Health Analysis and Diagnosis – PROgnosis) in the E195-E2 company’s fleet. In addition, Embraer signed a long-term contract extension for the Pool Program with German Airways.