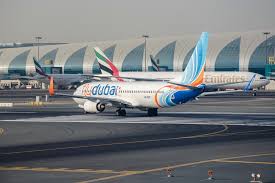 Shifting market conditions might push the cooperation agreement between Emirates and flydubai into “almost a merger”, stated Emirates’ Chief Commercial Officer (CCO) Adnan Kazim in an interview with CNBC Arabia.

Kazim stated that there is almost a merger between the two carriers due to the current effects of the pandemic. The vastly different operational models of the two airlines, with Emirates being an all-widebody airline, while flydubai appeals to a more price-sensitive customer with its all-Boeing 737 fleet, might complement each other well in the aftermath of COVID-19, according to the CCO.

For Emirates, the low demand for air travel does not warrant a widespread usage of its all-widebody fleet. The all-Boeing 737 fleet of flydubai, however, might be viable on some routes that no longer have enough passengers to support the costs of a Boeing 777 or an Airbus A380, according to Kazim.

“Flydubai is an important supportive element for Emirates Airlines, and the aircraft available in its fleet today are part of our plans, and therefore we should make the most of the aircraft of the two carriers,” noted the CCO.

The two airlines had a combined network of 210 destinations prior to the breakout of COVID-19. The partnership, which started in October 2017, has already resulted in a combined number of 5.3 million passengers, stated Emirates’ FY2020 report.

Flydubai, however, has exhibited signs of struggle even prior to the coronacrisis. The Dubai-based low-cost carrier has had to deal with the Boeing 737 MAX groundings.

“Whilst 2019 has seen a return to profitability it does not reflect the loss of market position and the unfilled opportunities flydubai could have exploited,” due to the absence of Boeing’s newest narrowbody aircraft from its fleet, indicated the company’s CEO Ghaith Al Ghaith.