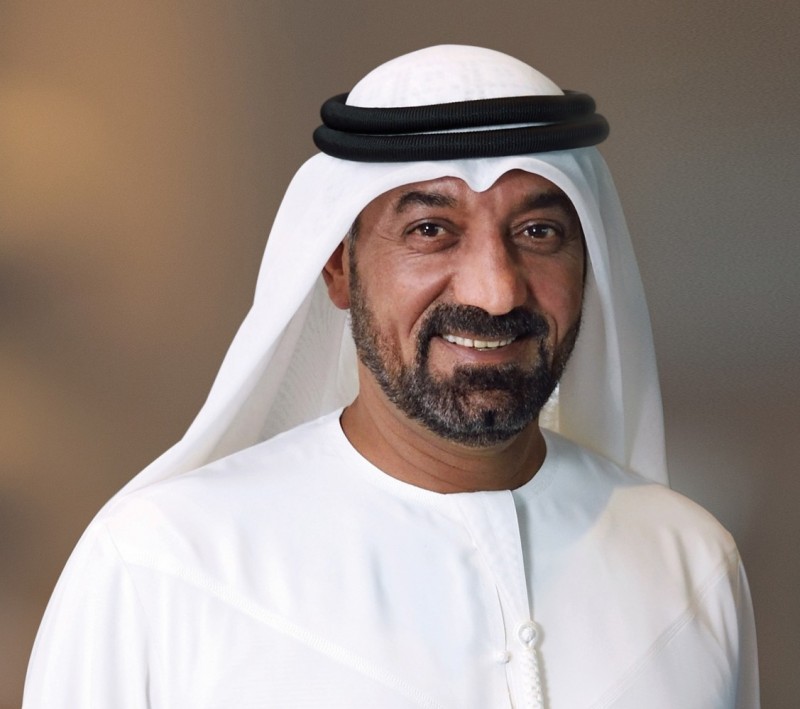 The Emirates Group recently announced its half-year results for its 2019-20 financial year.

Group revenue was AED53.3 billion ($ 14.5 billion) for the first six months of 2019-20, down 2% from AED54.4 billion ($ 14.8 billion) during the same period last year. This slight revenue decline was mainly due to planned capacity reductions during the 45-day Southern Runway closure at Dubai International airport (DXB), and unfavourable currency movements in Europe, Australia, South Africa, India, and Pakistan.

“The Emirates Group delivered a steady and positive performance in the first half of 2019-20, by adapting our strategies to navigate the tough trading conditions and social-political uncertainty in many markets around the world. Both Emirates and dnata worked hard to minimise the impact of the planned runway renovations at DXB on our business and on our customers. We also kept a tight rein on controllable costs and continued to drive efficiency improvement, while ensuring that our resources were deployed nimbly to capitalise on areas of opportunity.

“The lower fuel cost was a welcome respite as we saw our fuel bill drop by AED 2.0 billion compared to the same period last year. However, unfavourable currency movements wiped off approximately AED 1.2 billion from our profits.

“The global outlook is difficult to predict, but we expect the airline and travel industry to continue facing headwinds over the next six months with stiff competition adding downward pressure on margins. As a Group we remain focussed on developing our business, and we will continue to invest in new capabilities that empower our people, and enable us to offer even better products, services, and experiences for our customers.”

His Highness (HH) Sheikh Ahmed bin Saeed Al Maktoum, Chairman and Chief Executive, Emirates Airline and Group
The Emirates Group’s employee base remained unchanged compared to 31 March 2019, at an overall average staff count of 105,315. This is in line with the company’s planned capacity and business activities, and also reflects the various internal programmes to improve efficiency through the implementation of new technology and workflows.

During the first six months of 2019-20, Emirates received 3 Airbus A380s, with 3 more new aircraft scheduled to be delivered before the end of the 2019-20 financial year. It also retired 6 older aircraft from its fleet with a further 2 to be returned by 31 March 2020. The airline’s long-standing strategy to invest in the most advanced wide-body aircraft enables it to improve overall efficiency, minimise its emissions footprint, and provide high quality customer experiences.

Emirates continues to offer ever better connections for its customers across the globe with just one stop in Dubai. In the first six months of its financial year, Emirates added two new passenger routes: Dubai-Bangkok-Phnom Penh, and Dubai-Porto (Portugal). As of 30 September, Emirates’ global network spanned 158 destinations in 84 countries. Its fleet stood at 267 aircraft including freighters.

Emirates also further developed its partnership with flydubai. Both airlines continued to leverage their complementary networks to optimise flight schedules and offer new city-pair connections through Dubai, as well as open new routes including Naples (Italy) and Tashkent (Uzbekistan) in the first half of 2019-20. Customers also enjoy even more benefits with a single loyalty programme under Emirates Skywards, and passengers connecting between Emirates and flydubai can experience seamless transits with 22 flydubai flights now operating from Emirates Terminal 3 at DXB.

Overall capacity during the first six months of the year declined by 7% to 29.7 billion Available Tonne Kilometres (ATKM) mainly due to the DXB runway closure and reduction in the fleet during this 45-day period. Capacity measured in Available Seat Kilometres (ASKM), shrunk by 5%, whilst passenger traffic carried measured in Revenue Passenger Kilometres (RPKM) was down by 2% with average Passenger Seat Factor rising to 81.1%, compared with last year’s 78.8%.

Emirates carried 29.6 million passengers between 1 April and 30 September 2019, down 2% from the same period last year, however, passenger yield increased by 1% period-on-period. The volume of cargo uplifted at 1.2 million tonnes has decreased by 8% while the yield declined by 3%. This reflects the tough business environment for air freight in the context of global trade tensions and unrest in some key cargo markets.

In the first half of the 2019-20 financial year, Emirates net profit was AED 862 million (US$ 235 million), up 282%, compared to last year. Emirates revenue, including other operating income, of AED 47.3 billion (US$ 12.9 billion) was down 3% compared with the AED 48.9 billion (US$ 13.3 billion) recorded during the same period last year. This result was driven by increased agility in capacity deployment, with healthy customer demand for Emirates’ products driving improved seat load factors and better margins.

Emirates operating costs shrunk by 8% against the overall capacity decrease of 7%. On average, fuel costs were 13% lower compared to the same period last year, this was largely due to a decrease in oil prices (down 9% compared to the same period last year), as well as a lower fuel uplift due to reduced capacity during 45-day runway closure at DXB. Fuel remained the largest component of the airline’s cost, accounting for 32% of operating costs compared with 33% in the first six months of last year.

dnata continued to strengthen its global capabilities in ground handling, catering and travel services, with operations spanning over 35 countries. In the first half of 2019-20, dnata’s international operations accounted for over 72% of its revenue, compared to 68% during the same period last year.

dnata’s revenue, including other operating income, was AED 7.4 billion (US$ 2.0 billion), a 5% increase compared to AED 7.0 billion (US$ 1.9 billion) last year. This performance was underpinned by robust business growth and further global expansion, particularly in its catering business.

Overall profit for dnata was down by 64% to AED 311 million (US$ 85 million), compared to last year’s result which included an AED 321 million one-off gain from the divestment of dnata’s 22% stake in the travel management company Hogg Robinson Group (HRG). dnata’s half year profit for 2019-20 was further impacted by the bankruptcy of Thomas Cook, one of its major customers for dnata’s travel and catering businesses in the UK, resulting in an impairment loss on trade receivables and intangible assets amounting to AED 84 million.

dnata’s airport operations remains the largest contributor to revenue with AED 3.6 billion (US$ 983 million), a slight increase as compared to the same period last year. Across its operations, the number of aircraft handled by dnata remained steady with 351,194, and it handled 1.5 million tonnes of cargo, down 6%.

Organic growth across dnata’s international ground handling business with key contract wins across US locations, and improved performance in markets such as Italy, Singapore, Switzerland and Iraq, helped drive dnata’s revenue and compensate for the negative currency impact of approximately AED 86 million. In the UAE, dnata acquired full ownership of freight forwarding company, Dubai Express, which bolstered its revenues in the first half year of 2019-20, and helped soften the impact of losses due to the 45-day runway closure at DXB.

The strong revenue contributions from its new acquisitions including Tropo in Germany, and Dunya Travel, helped offset weaker travel demand in other key travel markets, as well as the negative impact of the strong US dollar against the Euro and Pound Sterling.

dnata’s flight catering operation, contributed AED 1.8 billion (US$ 479 million) to its total revenue, up 54%. The number of meals uplifted increased by 67% to 51.9 million meals for the first half of the financial year.

This significant uptick is largely attributed to the contributions from its recently-acquired catering businesses in Australia (Q Catering Limited and Snap Fresh Pty Limited), and in the US (121 Inflight Catering); as well as the expansion of dnata’s own catering facilities in the US including at Houston, Boston, and Los Angeles.