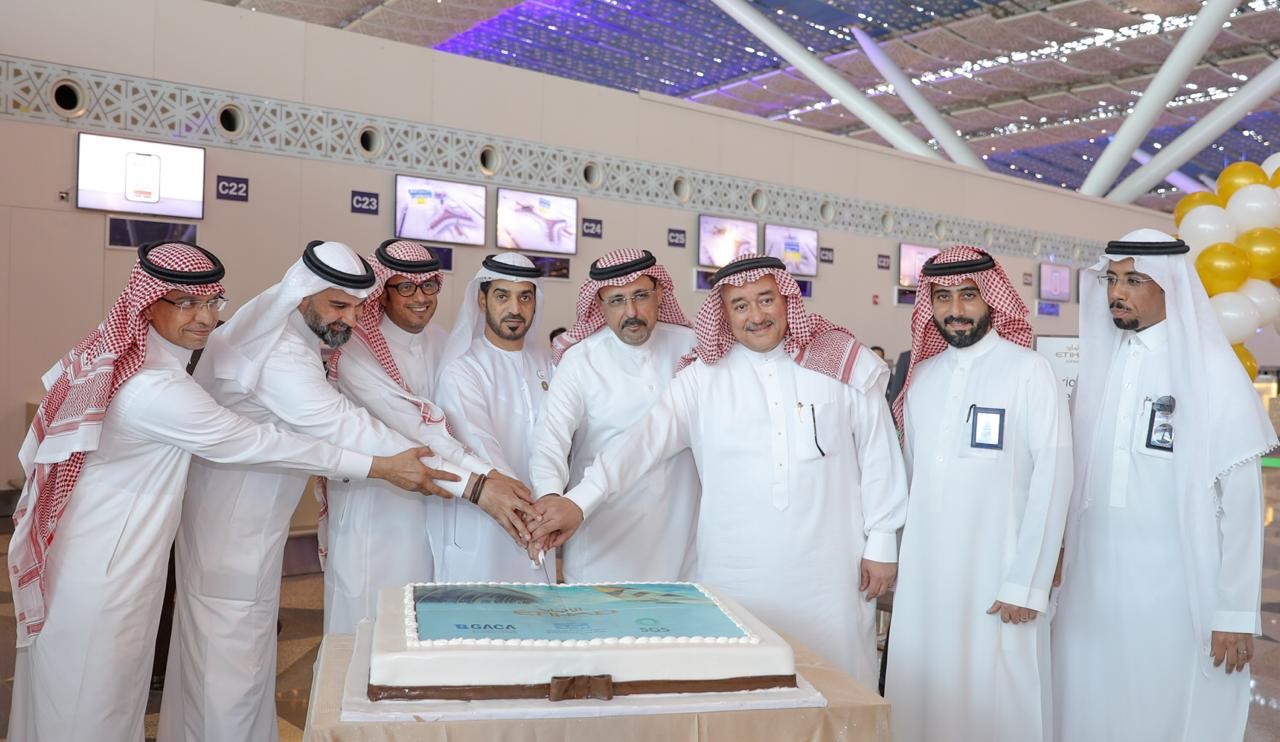 Etihad Airways, the national airline of the UAE, has received a special reception – welcomed by a traditional water cannon salute – at Jeddah’s new Terminal 1. The inaugural flight was operated on Etihad’s Dreamliner with the distinctive Kingdom of Saudi Arabia livery.

Robin Kamark, Chief Commercial Officer, Etihad Aviation Group, said: “The introduction of the new terminal in Jeddah and the warm welcome we’ve received is a demonstration of our commitment to the Saudi market and it’s a reflection towards the deep relationship between the UAE and the Kingdom of Saudi Arabia”

“As Etihad Airways and Saudi Arabian Airlines continue to strengthen their partnership, the new terminal will also provide convenient travel options to our customers, boosting the codeshare connectivity on joint services.”

Etihad Airways flights to Jeddah have relocated from the old terminal of King Abdulaziz International Airport (KAIA) to the new terminal (Terminal 1) with effect from Monday, 18th of November.

The Abu Dhabi based airline has been serving Saudi Arabia since December 2004 and is currently celebrating its 15 years of flying to the Kingdom. Today, Etihad operates 84 weekly passenger frequencies from Abu Dhabi to Riyadh, Jeddah, Madinah, and Dammam using A320, A330, B777, and B787.