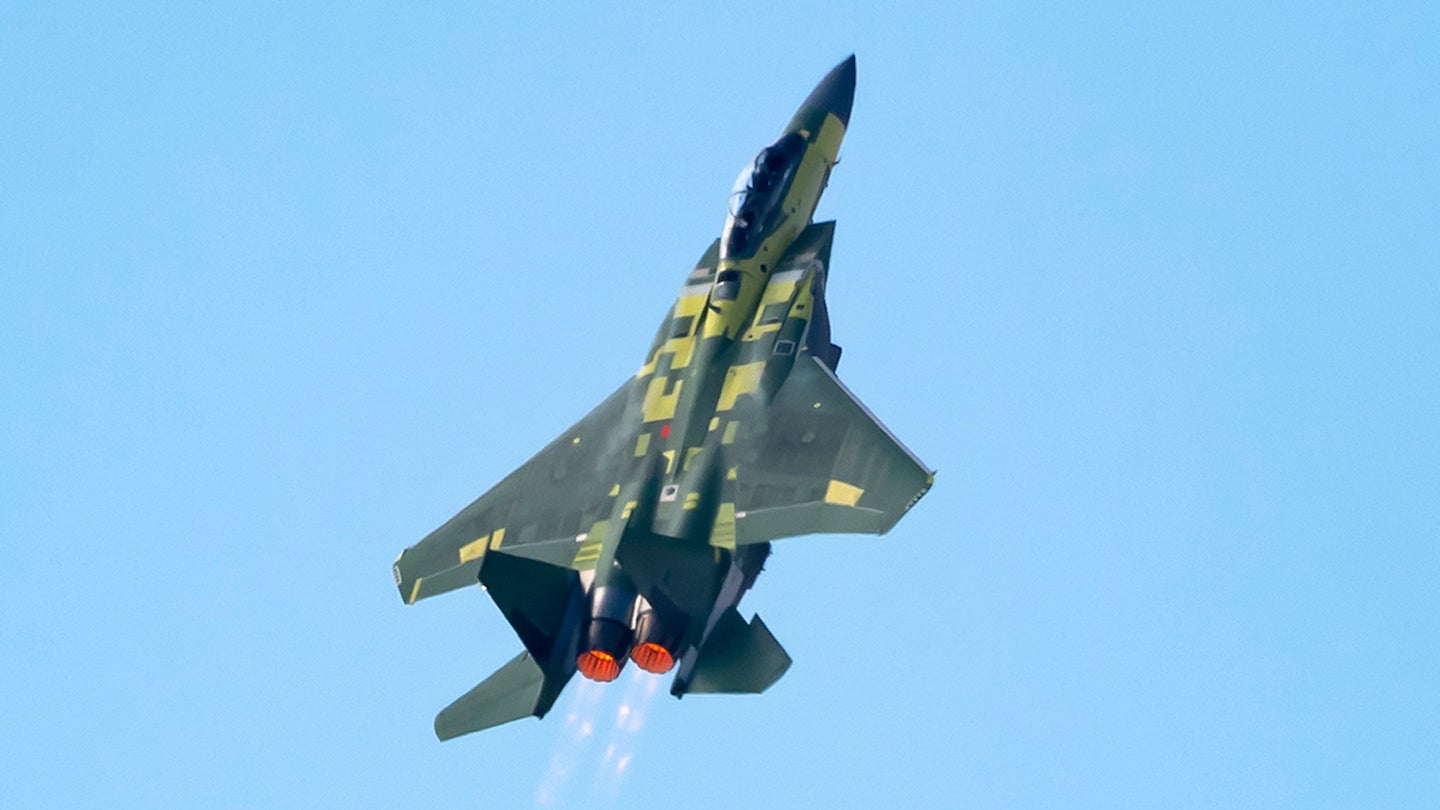 The aircraft, flown by Boeing test pilot Matt ‘Phat’ Giese, was airborne for approximately 90 minutes before it returned to the airport, the company said in a release. During the flight, Giese tested the avionics, systems and software while a team monitored the data in real time to grade the jet’s performance, the release said.

The “successful flight proves the jet’s safety and readiness to join our nation’s fighter fleet,” said Prat Kumar, Boeing vice president and F-15 program manager. “Our workforce is excited to build a modern fighter aircraft for the U.S. Air Force. Our customer can feel confident in its decision to invest in this platform that is capable of incorporating the latest advanced battle management systems, sensors and weapons due to the jet’s digital airframe design and open mission systems architecture.”

The Air Force is expected to take delivery of the first two jets at Eglin Air Force Base, Florida, by the end of March. The remaining six aircraft should be delivered in fiscal 2023, according to the service.

The F-15EX will be the service’s first fourth-generation fighter program in more than 20 years.

In July, the service awarded Boeing an estimated $1.2 billion contract to acquire the multirole F-15EX fighter — considered a “fourth-plus-generation” jet. The contract covers the eight jets, including initial design, development, test and certification, plus spare parts and support equipment, training and technical data, and delivery and sustainment costs.

According to Boeing, the F-15EX will be able to “launch hypersonic weapons up to 22 feet long and weighing up to 7,000 pounds.” The company has said the fighter will be equipped with improved avionics and radars and could carry more than two dozen air-to-air missiles. By comparison, F-15s can carry four AIM-9 Sidewinder and four AIM-120 Advanced Medium-Range Air-to-Air Missile, or eight AMRAAMs.

Equipped with ‘the world’s fastest mission computer,’ the F-15EX will also feature the Eagle Passive/Active Warning and Survivability System, or EPAWSS, which will heighten its threat assessment and survivability with advanced electronic warfare technology, the company said in the release.

The first eight F-15EX aircraft will be based at Eglin because of the testing wing at the base.

The service has said the aircraft’s most significant upgrade will be its open mission systems architecture, allowing its software to be upgraded and installed more easily compared to its aging F-15C/D cousin, which the service has been on a quest to replace.

“We are already having serious problems with that airframe, with metal fatigue within the longerons on the side of the aircraft,” then-Air Force Secretary Heather Wilson said during a May 2019 forum.

The Air Force expects to keep a well-rounded mix of fourth- and fifth-generation aircraft through the 2030s, including the F-35A Joint Strike Fighter, F-16 Fighting Falcon, F-22 Raptor, A-10 Thunderbolt II and F-15 Eagle/Strike Eagle, officials have said.

It intends to build an inventory of at least 144 EX aircraft over the next decade, but the contract with Boeing gives the Air Force the option to purchase up to 200.