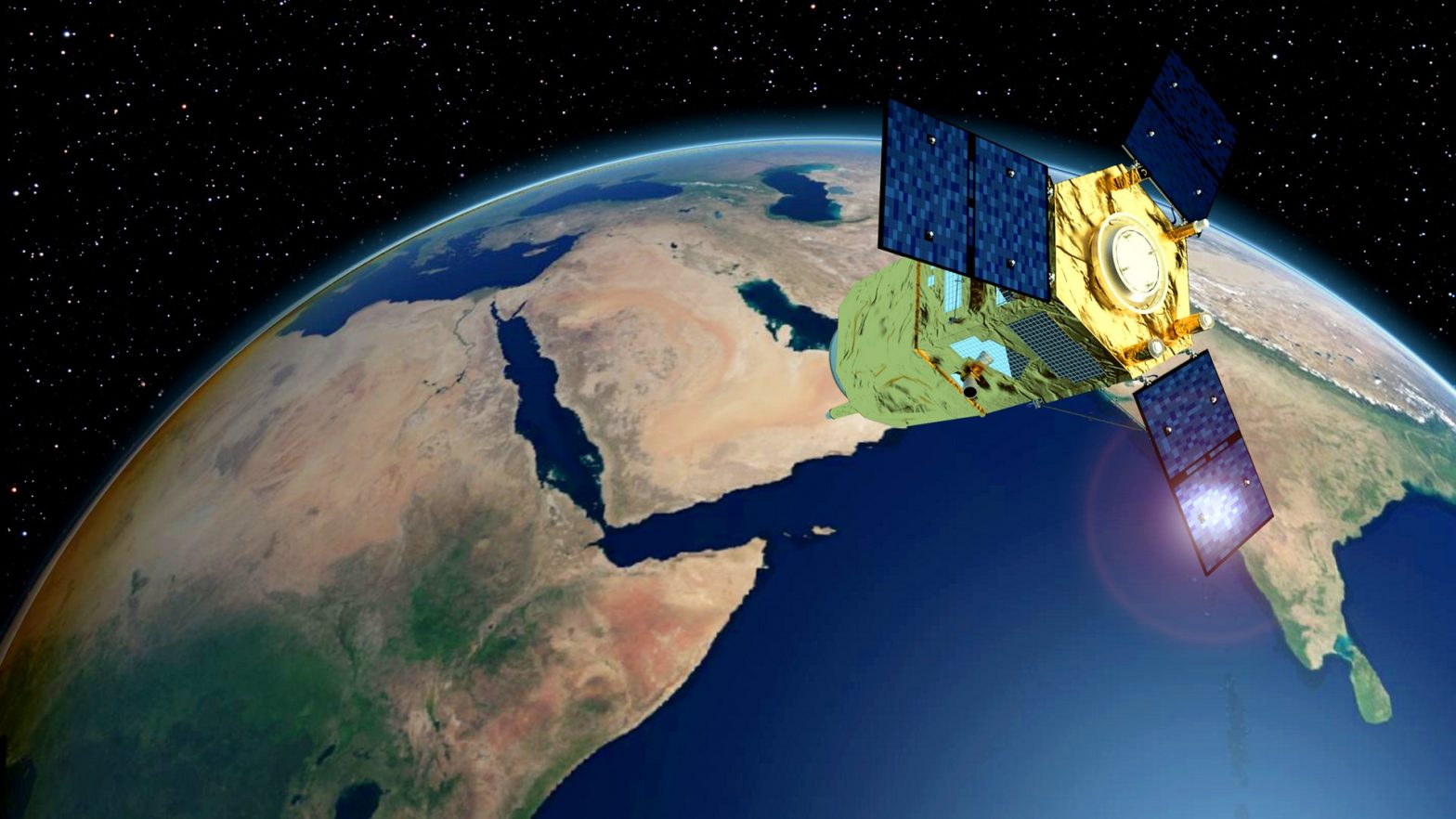 FalconEye has been successfully launched by Arianespace. The high-performance Earth observation satellite, which will act as an eye from space for the United Arab Emirates Armed Forces (UAEAF).

The optical observation satellite was launched using a Soyuz rocket from the Guiana Space Center (CSG), Europe’s Spaceport in French Guiana on December 1.

This mission marks Arianespace’s 31st launch for a customer from the Middle East.

FalconEye is a very-high-performance optical Earth observation satellite developed in a consortium led by Airbus Defense and Space and Thales Alenia Space for the UAEAF.

“The success of this launch is the culmination of excellent teamwork: with our Russian partners for the Soyuz launcher; with satellite manufacturers Airbus Defense and Space and Thales Alenia Space, as well as with their client, the United Arab Emirates Armed Forces, for Falcon Eye; along with the French CNES space agency and the French DGA armaments procurement and technology agency. Therefore, Arianespace is pleased to have served the space ambitions of the United Arab Emirates,” said Stéphane Israël, chief executive officer of Arianespace

The satellite, to be orbited by Flight VS24, will be the space component of the system, and will have a dual mission: support the needs of UAE Armed Forces and provide commercial imagery for the market. Weighing approximately 1,190 kg at launch, it will be placed in a Sun-synchronous orbit at 611km from the Earth. FalconEye will be the 98th Earth observation satellite launched by Arianespace. Earth observation missions represent more than 13% of the total number of satellites launched by Arianespace. FalconEye was deployed by Arianespace’s third Soyuz flight in 2020; the two previous missions were carried out in February and March from the Baikonur Cosmodrome.

Two more Soyuz launches are planned before year-end: Flight ST29 from the new Russian launch site in Vostochny for OneWeb; and Flight VS25 from the CSG.

With more than 1,900 launches to its credit overall since entering service in 1963, the Soyuz launcher is the most flexible and most utilized in its class. As the medium-lift launcher in Arianespace’s family of launch vehicles, Soyuz perfectly complements the European launch service operator’s commercial offer, particularly in serving low and medium orbits for the benefit of Earth observation satellites and constellations.

This was the 23rd satellite launched by Arianespace that was produced jointly by Airbus Defense and Space and Thales Alenia Space. Airbus Defense and Space, prime contractor for FalconEye, was in charge of satellite design, integration and testing, as well as supplying the platform. Thales Alenia Space, as co-prime, supplied the high-performance payload, which features a very-high-resolution optical instrument and the image transmission subsystem.