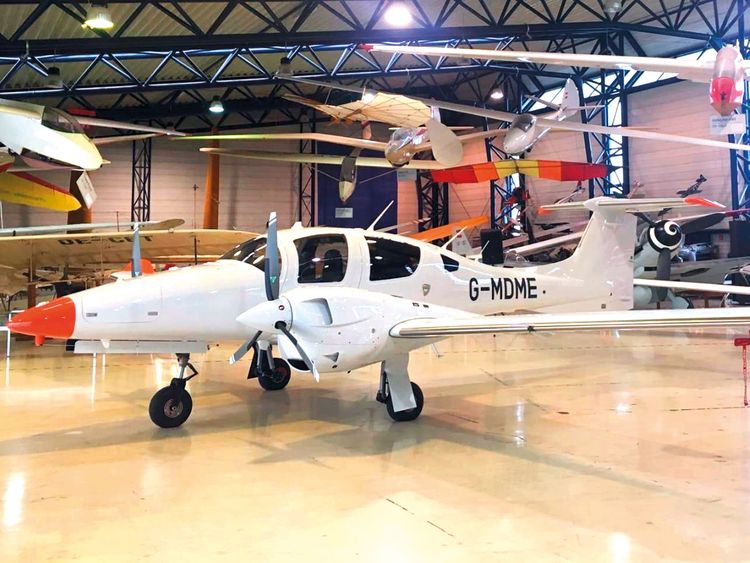 Accident investigators into the crash of a Diamond DA62 conduction calibration services at Dubai International Airport last year remain puzzled by the actions of the captain of the light aircraft as it repeatedly breached minimum separation distances from commercial traffic before the fatal wake-turbulence accident in May last year.

Analysis by the UAE’s regulator, the GCAA, showed the Flight Calibration Services DA62, which had been conducting approaches to runway 30L, had been 90 seconds behind a Thai Airways International Airbus A350-900 descending to the parallel 30R.

Vortices from the A350’s left and right-wing drifted with the crosswind at about 4.5m/s and respectively reached the 30L approach path after 74 seconds and 87 seconds, GCAA said

The analysis calculates that the vortices decayed to about 81% of their initial circulation strength at the point they reached the DA62 at 1,300ft altitude. The aircraft lost height, rolled, and then dived steeply into the ground. None of the four on board survived the impact.

The preliminary report confirmed that the wake vortex was the likely cause of the accident.

There had already been ten approaches by the DA62 with the captain having discretion to self-separate horizontally. Two A380s and four Boeing 777s were among the aircraft followed by the DA62, which trailed them by just 5-6nm compared with the Dubai standard of 9nm for the 777 and 11nm for the A380.

The captain had previously informed that Dubai air navigation service that he was experienced with calibration flights at the airport and was “content to be tighter” than normal wake separation. Investigators said that other company pilots described him as safety conscious and they sometimes consulted him on flight operational issues.

“The investigation carefully considered possible causes for the captain’s misjudgment which led him to generally reduce the separation from other air traffic, but could not determine his reasoning,” GCAA said.

According to Flightglobal’s analysis of the accident report, during the 10th approach, the aircraft was 200ft below and 3.7nm behind the A350-900 – compared with the 6nm separation standard for ICAO and 9nm standard for Dubai – when it was struck by the wake vortex.
Airbus analysis using ICAO separation said the vortex would have been 35-49% of its maximum strength at the point of the DA62 encounter,” the report said.