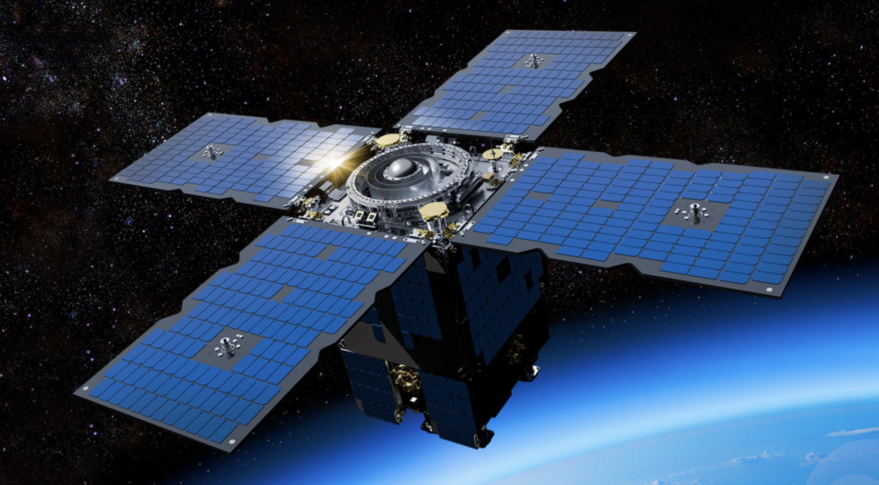 General Atomics Electromagnetic Systems won a contract from Advanced Space to build a satellite that the Air Force Research Laboratory plans to launch to deep space in 2025.

General Atomics, based in San Diego, California, announced that it will produce an ESPA-class satellite bus, integrate and test payloads for Advanced Space, the prime contractor for AFRL’s Oracle experiment.

The Oracle spacecraft will carry an optical payload made by Leidos and AFRL’s green propellant experiment for a two-year demonstration.

Oracle will seek to detect objects and demonstrate spacecraft positioning and navigation techniques far beyond geosynchronous Earth orbit, in the vicinity of Earth-moon Lagrange Point 1, about 200,000 miles from Earth. The GEO belt is about 22,000 miles above Earth.

Scott Forney, president of GA-EMS, said the platform selected for Oracle, the ESPA Grande, is a modular ring shaped bus that the company also is using to build a weather imaging satellite for the U.S. Space Force.

“The AFRL Oracle spacecraft program is intended to demonstrate advanced techniques to detect and track objects in the region near the Moon that cannot be viewed optically from the Earth or from satellites in traditional orbits,” he said in a statement.

Gregg Burgess, vice president of GA-EMS space systems, said the cislunar region “continues to be a strategic area of focus for us.” The company in 2021 won a $22 million contract from the Defense Advanced Research Projects Agency to design a small nuclear reactor for a demonstration of nuclear thermal propulsion in cislunar space.