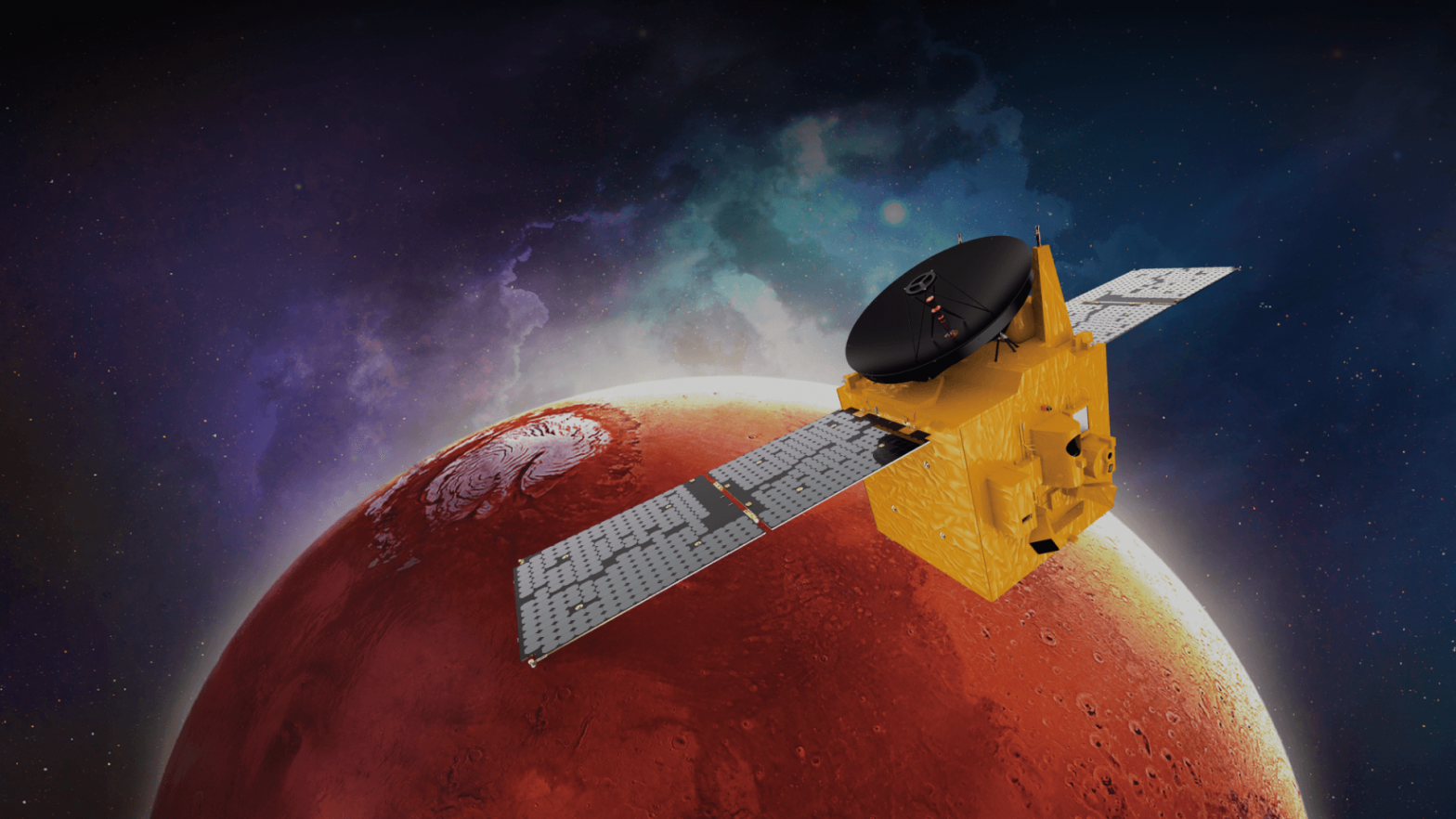 On July 20th, a 174-foot rocket  lifted off on a 306-million-mile journey to Mars from a small island in Japan

Called al-Amal, or ‘Hope,’ it was designed and managed by the Mohammed Bin Rashid Space Centre (MBRSC) in the United Arab Emirates. Safely separated now from the Japanese rocket, the probe will fire its own thrusters to leave Earth orbit for Mars in about 28 days, arriving in February 2021 to complete the first interplanetary voyage initiated by an Arab country.

“It was an indescribable feeling,” Sarah al-Amiri, the UAE’s minister of advanced science and the Hope science lead, said after the launch. “This is the future of the UAE.”

The Hope orbiter was the first to depart, blasting off at 6:58 a.m. local time in Japan (5:58 p.m. EDT on July 19). Its primary mission will last 687 days—one year on Mars—studying the atmosphere and weather patterns of the planet.

But the mission also reflects a broader ambition in the UAE to drive innovation in science and technology and diversify the economy of the tiny but oil-rich nation. For Emirati scientists and political leaders, the mission represents a new chapter for a part of the world with a rich history of scientific discovery.

“We Arabs love to connect things to our heritage and the past, but Hope really means the future,” says Nidhal Guessoum, an astrophysicist and professor at the American University of Sharjah in the UAE. “Hope means that we turn away from the conflicts and focus on human and economic development.”

The Emirates Mars Mission (EMM) was initiated in 2014 by the UAE prime minister, Sheikh Mohammed bin Rashid Al Maktoum of Dubai. He directed the country’s space program, which launched its first satellite in 2009, to send a spacecraft to Mars ahead of the 50th anniversary of the UAE’s founding on December 2, 2021.

“Most people assume it is for prestige, but it’s actually not,” Guessoum says. By focusing on space exploration, he adds, Emirati leaders hope to inspire a new generation of young Arabs to pursue careers in the sciences, stimulating competition in a region beset by numerous challenges. “STEM becomes your top priority.”

The UAE comprises a federation of seven territories, or emirates, on the Persian Gulf. The country has sought to diversify its economy in recent years, as market shocks and global trends highlighted the vulnerability of oil-dependent Gulf nations—even before the coronavirus pandemic sent oil prices plummeting. Emirati leaders intend for the Hope probe to serve as a disruptive event, accelerating the country toward a knowledge-based economy that retains world-class researchers to work in scientific and technological fields.