Japanese, Canadian space agencies to send rover to moon in 2022 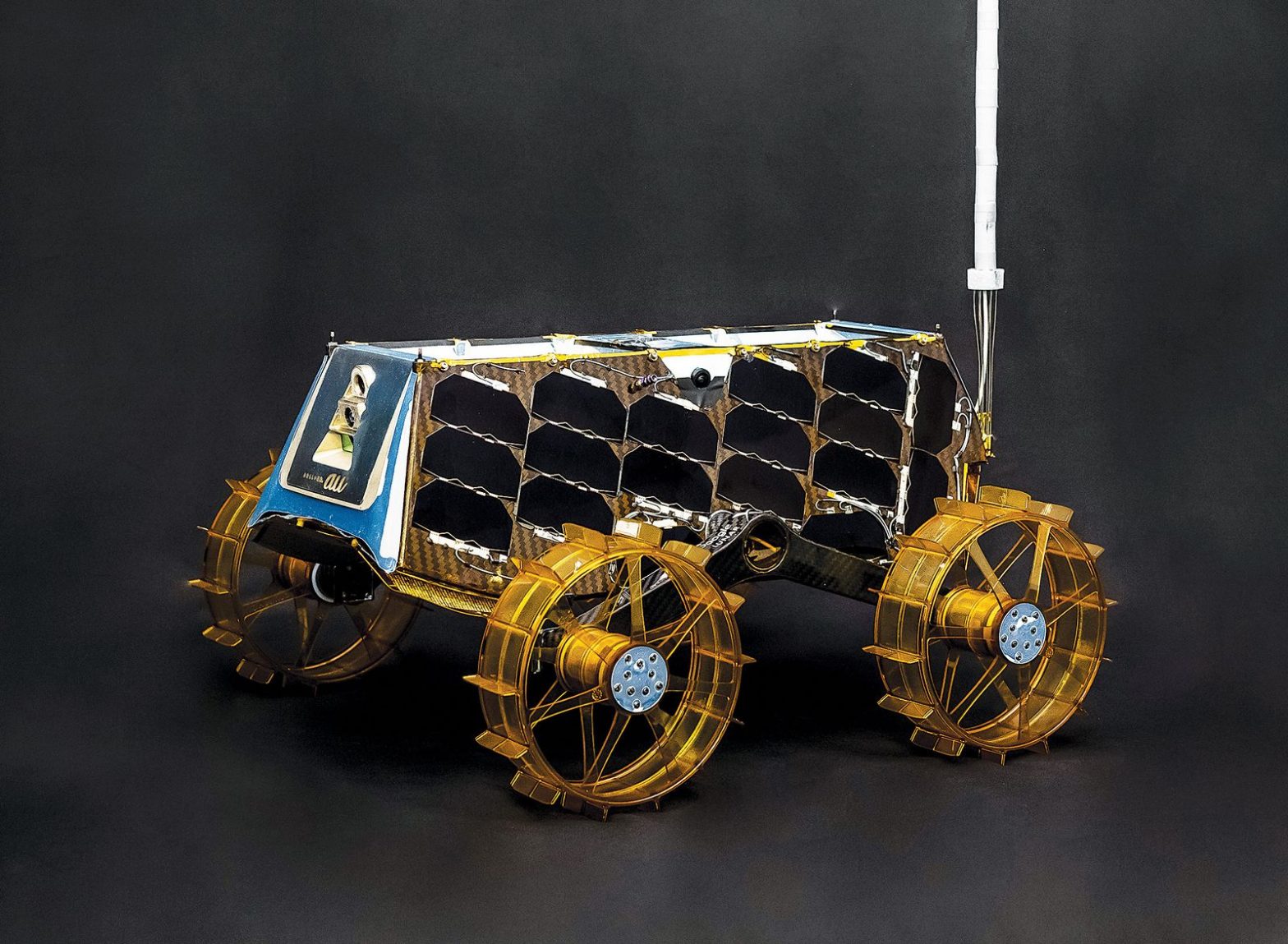 The Japanese and Canadian space agencies announced plans in May to send small rovers to the moon in the next several years, as Lockheed Martin unveiled a partnership with automaker General Motors to propose a rover for NASA’s Artemis program.

The Japanese space agency JAXA said it is working with several Japanese companies to fly a tiny rover on a lunar lander mission to be launched in 2022 by ispace. The rover, roughly the size of a baseball, will split in half after landing, with the two hemispheres serving as wheels. It will move on the surface to collect data on autonomous driving technology to aid in the development of future rovers, including a large pressurized rover that JAXA is designing in cooperation with Toyota.

The rover is one of several payloads that ispace is carrying to the moon on its first lunar lander, called Mission 1, launching in 2022. The lander is carrying another rover, called Rashid, being developed by the Mohammed Bin Rashid Space Center in the United Arab Emirates under a deal announced in April.

In a call with reporters, Takeshi Hakamada, chief executive of the Tokyo-based company, said the JAXA deal now means the payload space on the Mission 1 lander is full. The lander itself is being assembled and tested in an ArianeGroup facility in Germany. The lander will launch on a SpaceX Falcon 9 in 2022. “We are very confident we will meet this schedule,” he said.

Mission 1, as the name suggests, is the first in a series of lunar lander missions ispace is proposing to fly. “The commercial lunar transportation business has started,” he said. “I’m proud that we’re supporting many customers.”

Among those customers for ispace’s Mission 1 are three Canadian companies that will fly instruments or collect data on the lander mission with the support of awards by the Canadian Space Agency (CSA) announced May 26.

Mission Control Space Services will fly a computer on the lander to test artificial intelligence algorithms that will be used to support operations of the Rashid rover. Canadensys Aerospace Corporation is providing a camera capable of taking 360-degree images. NGC Aerospace Ltd. will test a navigation system that will take images of the moon from orbit and compare them to maps to provide a precise location.

While each company received funding from CSA for their payloads, the companies arranged for payload space independently on ispace’s Mission 1 lander. Hakamada said that he believes the companies all chose ispace based on its technology and business model.

“Mission Control is confident in their ability to execute this cutting-edge mission and in doing so help us demonstrate state of the art technology for operating lunar rovers,” Ewan Reid, president and chief executive of Mission Control Space Services, said of ispace in a statement.

CSA highlighted those three payloads during a separate briefing in May as part of a broader discussion of the agency’s lunar plans. That includes contributing the Canadarm3 robotic arm for NASA’s lunar Gateway, and in return getting to fly a Canadian astronaut on the Artemis 2 mission around the moon and a later mission to the Gateway.

The agency is proceeding with plans discussed last year to fly a small rover on a future robotic lunar lander. The rover will carry two instruments, one Canadian and one American, and is designed to operate for at least one lunar day and, if it can survive the 14-day lunar night, a second lunar day.

CSA President Lisa Campbell said the agency will soon release a request for proposals for the rover, and will select two companies for initial design and development work before choosing one of them to build the rover.