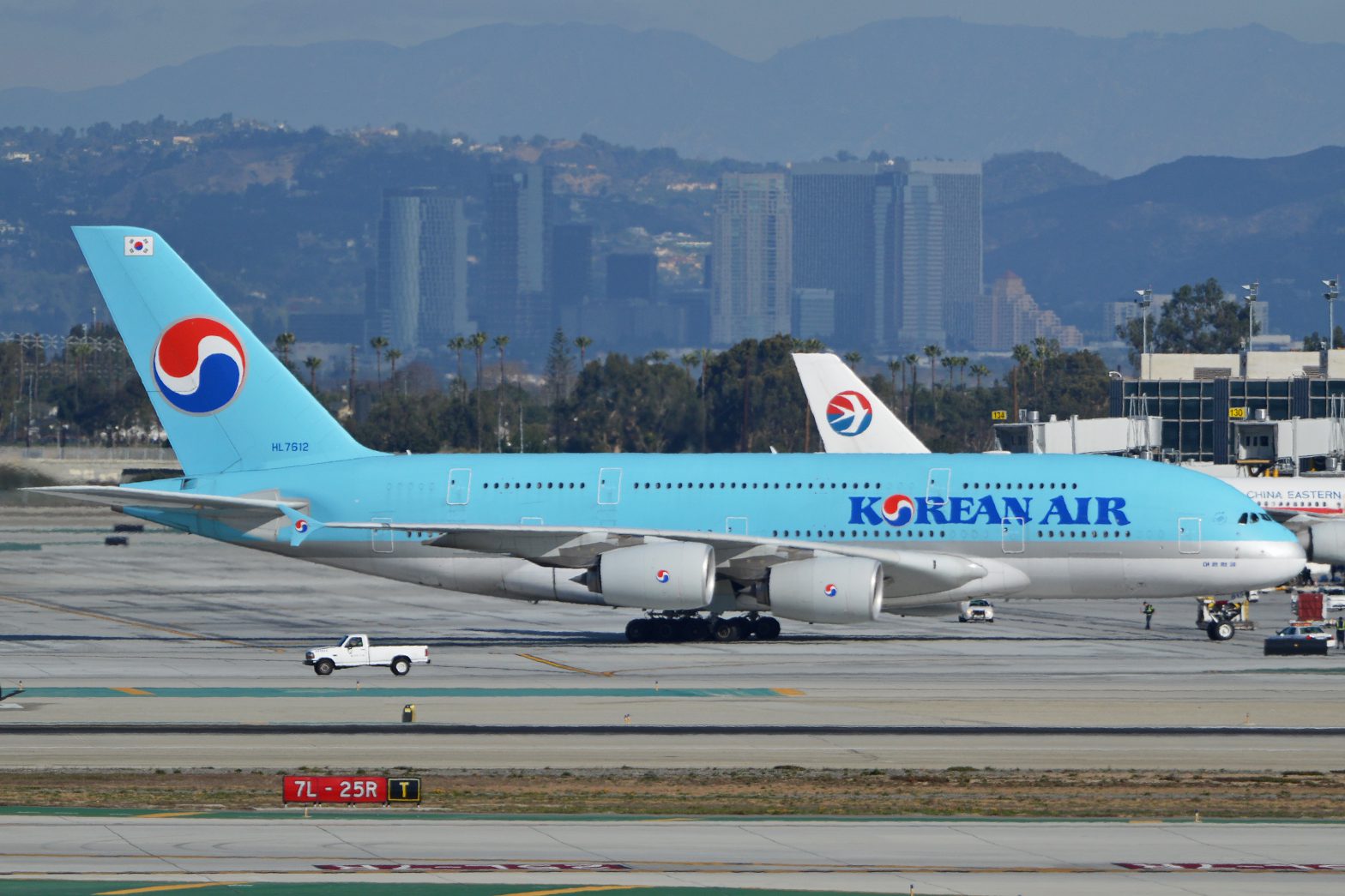 Korean Air, the largest airline of South Korea, recently resumed scheduled service between St. Petersburg (Russia) and Seoul. In the IATA Summer Season 2019, the carrier operates flights between Incheon International Airport and Pulkovo International Airport with the frequency up to five times a week. The service will be provided until October 24, 2019.

In 2019, Korean Air celebrates its 50th anniversary. To congratulate the airline on this significant event Pulkovo Airport welcomed the aircraft from Seoul with a festive water arch on the ramp. Sweets and presents from the airport and airline awaited passengers of the inaugural flight in the check-in hall of Pulkovo.

Korean Air performs flights from St. Petersburg on comfortable Airbus A330 aircraft with three classes of service, accompanying a total of up to 272 passengers. All seats are equipped with AVOD entertainment system offering travellers hundreds of hours of media content, films, music albums, games, video from outdoor cameras, an interactive flight map, etc. In-flight meals include European and Korean cuisine, as well as drinks. More than 20 special options can be pre-ordered.

Passengers of the first class enjoy the flight in individual cocoons providing the maximum privacy. The prestige class cabin is equipped with fully lie-flat seats turning into comfortable beds; the step of chairs of economy class reaches 86 cm.

Korean Air is the only airline operating direct services from St. Petersburg to Seoul. In 2018, the direct traffic on the route grew by 5.3% YOY to 43.2 thousand passengers.

The airline operates scheduled flights to 124 cities in 44 countries worldwide. With the renewal of the Korean Air services to Pulkovo, passengers flying from St. Petersburg can enjoy convenient connections at Incheon Airport to continue their travel to a wide range of cities in Southeast Asia and Oceania. While waiting for a transfer flight passengers of Korean Air can join one of the free tours into Seoul, take a free shower or rest in the comfortable waiting area of the Incheon Airport. The air harbor has gardens, a concert hall, a museum of Korean culture, a library, as well as dozens of restaurants and Duty Free shops.

Korean Air is the largest carrier of South Korea and a member of the international SkyTeam alliance. The airline’s fleet includes 167 airplanes. Korean Air has won many prestigious industry awards, including Russian Business Travel & MICE Award, Mercury Award, Cellars in the Sky and Top Operational Excellence.

Pulkovo St. Petersburg Airport is the fourth airport in Russia in terms of passenger traffic. In Q1 2019, Pulkovo served 3.6 million passengers, which is 14.7% more than in the same period of 2018. In 2019, St. Petersburg airport, for the fourth year in a row, became the winner of the national ‘Air Gates of Russia’ award, according to the passengers’ votes. Since 2010, Northern Capital Gateway LLC has been the main operator of Pulkovo, implementing the airport reconstruction and development project under a public-private partnership agreement with the city of St. Petersburg.