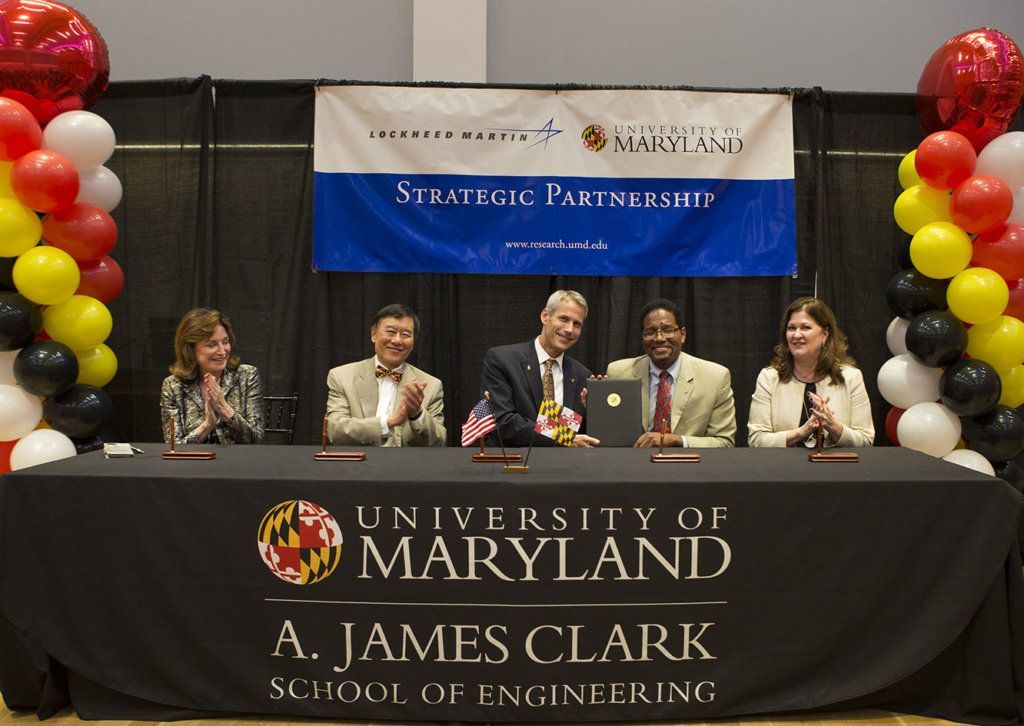 Lockheed Martin recently signed a $3 million charitable commitment to the University of Maryland A. James Clark School of Engineering.

The three-year contribution will fund vertical takeoff and landing research conducted at the university’s rotorcraft lab, and high-speed flight experiments up to Mach 8, or 6,000 mph, at the school’s hypersonic wind tunnel. It will also underwrite programs overseen by the Clark School’s Center for Minorities in Science and Engineering that aim to increase the enrollment of women and under-represented minorities in Science, Technology, Engineering and Math (STEM) disciplines.

“For 75 years, Lockheed Martin has played a significant role in the storied history of the A. James Clark School of Engineering, and we are proud to continue our relationship as the recipient of Lockheed Martin’s largest gift of the year to any institution,” said Darryll J. Pines, Clark School Dean and Farvardin Professor. “This generous gift will empower Clark School students and faculty to remain at the forefront of innovation in aerospace technology, and to advance our commitment to a diverse and inclusive engineering community.”

Since 2010, Lockheed Martin has funded more than $19 million in research and philanthropy at the University of Maryland. The $3 million contributions announced is in addition to that investment.

“Lockheed Martin has partnered with the University of Maryland for more than seven decades, and we are proud to continue that successful relationship with this contribution supporting aerospace innovation,” said Lockheed Martin Chief Technology Officer Keoki Jackson. “We expect to hire 50,000 STEM professionals over the next decade, and together we will inspire the next generation of engineers to join us in creating breathtaking generation-after-next technology.”

Earlier this year, Lockheed Martin awarded scholarships to nine University of Maryland students pursuing majors in engineering or computer science as part of its new STEM Scholarship Program. The students will receive up to $40,000 in total scholarship funding, or $10,000 per school year, from Lockheed Martin, and they are eligible for paid Lockheed Martin internships.