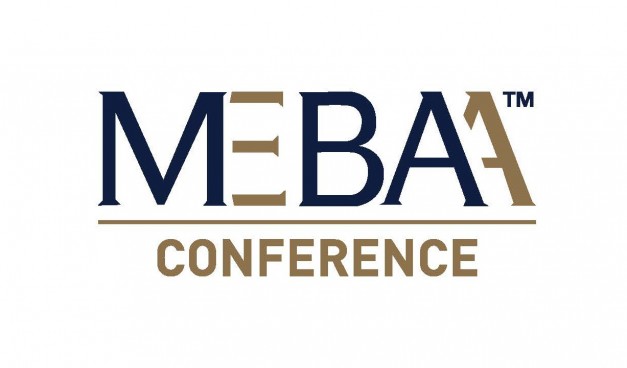 December’s Middle East Business Aviation Association show in Dubai is the latest event to fall victim to the coronavirus crisis. However, unlike most other air shows which had been due to take place since the pandemic began in March this year, its organizers have rescheduled the biennial gathering for 22-24 February 2021 rather than cancelling outright.

MEBAA’s announcement follows the axing this month of air shows in Bahrain and Zhuhai, both scheduled for November, although the latter is still awaiting formal government confirmation. Major events already cancelled entirely for 2020 include July’s Farnborough air show, the EBACE and NBAA conventions in Geneva and Orlando, and the Aircraft Interiors Expo, which had been due to begin in Hamburg in late March. Countless smaller conventions, conferences and local air shows have also not taken place.
The MEBAA show normally takes place in Dubai every other December
MEBAA executive chairman Ali Alnaqbi says the decision to move the event, which attracts a mostly Middle Eastern audience but exhibitors from around the world, was taken “in the best interests of the health and safety of all exhibitors, visitors, contractors and staff”.

He adds: “We understand this news will be extremely disappointing to the business aviation community. However, we believe that in postponing the show to February 2021, we will be better positioned to deliver a quality event for everyone.”

Air shows have been hit by a combination of local regulations restricting large gatherings, a lack of flights, government quarantine rules for international travelers, and concerns among businesses about sending their staff on foreign trips. The last big air show to take place was Singapore in February, when worries about the virus spreading from China into the wider region prompted many international exhibitors to pull out at short notice.

While air show organizers face a considerable financial loss with a cancelled event, they are also wary of not taking decisions early enough. Farnborough International, which is behind the biennial UK show, had to deal with dozens of disgruntled exhibitors who had paid large deposits which Farnborough offered to hold for the 2022 show rather than refunding.

Bombardier to take over LBAS business aviation MRO facility
Bombardier is buying out its former partners in Berlin Schönefeld-based Lufthansa Bombardier Aviation Services (LBAS) to take complete control of the business aviation MRO facility. It comes as the Canadian manufacturer ramps up its service footprint as it focuses solely on the business jet market.
Bombardier will acquire the outstanding shares in LBAS that it does not own from Lufthansa Technik, which had 51%, and Luxaviation-owned ExecuJet, which held 20%. The airframer anticipates closing the deal by the end of the year.
Jean-Christophe Gallagher, vice-president and general manager, customer experience for Bombardier, says the move will “continue to grow our presence in Europe” and that customers “will benefit from even more advantages and expertise offered by the OEM”.
LBAS was established in 1997 and operates from a 15,000m sq (160,000ft sq) hangar, employing 240 staff. It was the first service facility in Europe to perform maintenance on the new Global 7500 flagship.
Bombardier – which has now fully exited the commercial aircraft sector and is negotiating the sale of its Belfast-based aerostructures operation to Spirit AeroSystems – has made several recent investments in its service network, including an ongoing expansion of its center at Biggin Hill, London and a new facility at Miami’s Opa Locka executive airport.