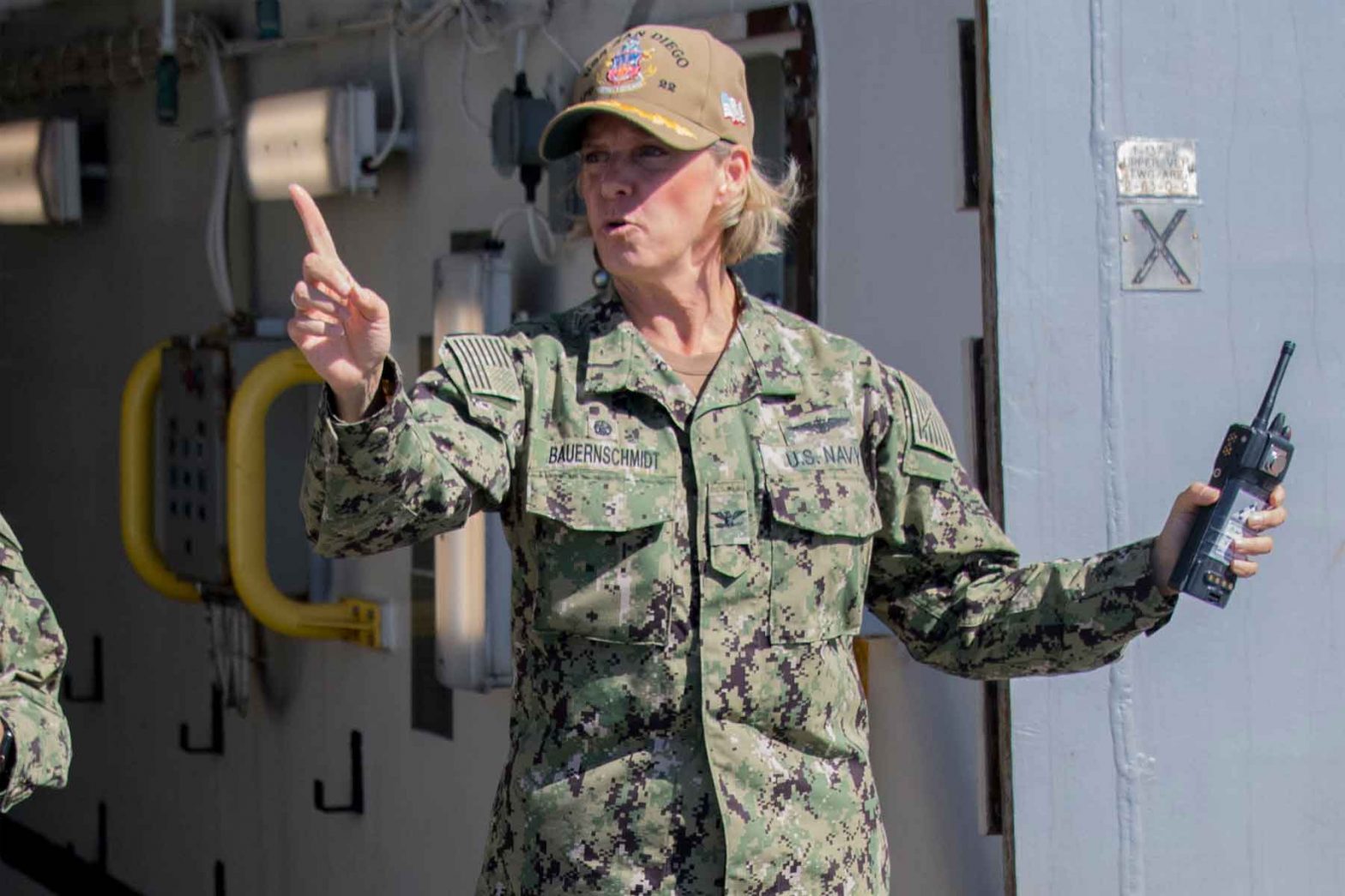 In a historic first, the Navy has recommended a female officer to command an aircraft carrier.

Bauernschmidt has already broken barriers in her Navy career since leaving the Naval Academy in 1994. She became the first woman to serve as executive officer on a nuclear warship, the carrier Abraham Lincoln, in 2016.

A career aviator who has served with several helicopter squadrons, Bauernschmidt recently commanded the amphibious transport dock San Diego, according to her Navy bio. She has for years had her sights set on commanding a carrier. Showing a strong performance while commanding an amphibious ship was just one of the steps needed to meet that goal, she told Milwaukee’s NBC15 in 2018.

“It’s by no means easy,” Bauernschmidt said of the naval aviation command selection pipeline. “… You’re competing with people who are just as smart as you, just as accomplished as you, doing the same things you’re doing — it’s hard.”

Bauernschmidt’s 1994 Naval Academy class was the first to graduate after Congress repealed the law barring female service members from serving on combat ships and aircraft — a move she told CBS News changed her life.

She said in an interview with the network during her time as the Lincoln’s XO that she doesn’t fear failure and tries to serve as a mentor to both men and women in the Navy.

“Service … is about these young men and women I lead every day,” she told CBS. “They’re pretty awesome.”