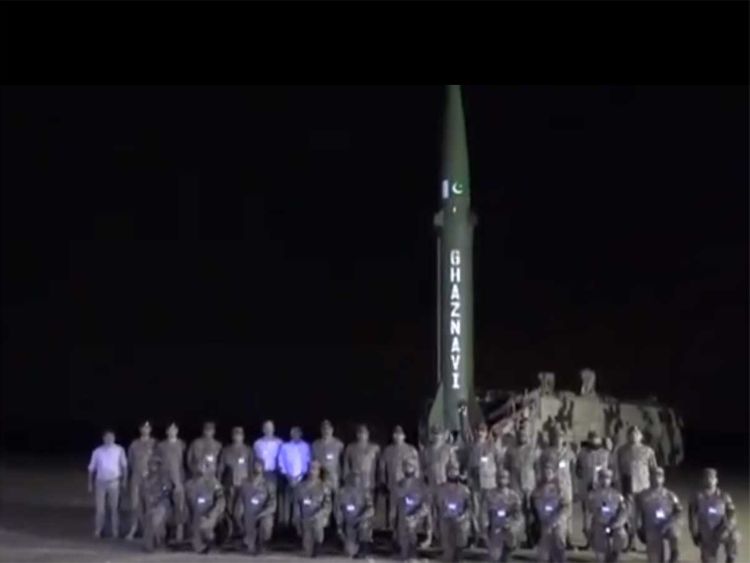 Major General Asif Ghafoor said the missile is capable of delivering multiple types of warheads up to 290 kilometres. The DG ISPR congratulated the nation over success.

Pakistan Army’s strategic command possess the Ghaznavi [first version] – a hypersonic surface to surface short-range ballistic missile – since 2004 with an optimal range of 290 kilometres. The missile was designed and developed by the National Development Complex.

Earlier in May, Pakistan had conducted successful training launch of surface-to-surface ballistic missile Shaheen-II which is capable of carrying both conventional and nuclear warheads up to a range of 1500 kilometres.

Shaheen-II is a highly capable missile, which fully meets Pakistan’s strategic needs towards the maintenance of desired deterrence stability in the region. The launch had come a day after India conducted a test of the supersonic Brahmos cruise missile.