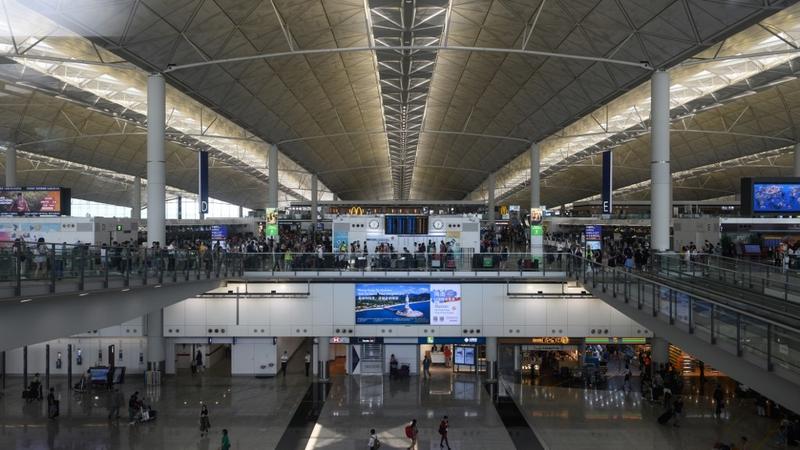 A report in The Straits Times, draws on data released by Hong Kong’s Civil Aviation Department. What the data reveals is declines in aircraft movements, passenger numbers, and cargo volumes in Hong Kong since anti-democracy protests broke out earlier this year.

Passenger movements through Hong Kong Airport dipped into negative figures in August 2019 when protesters occupied the airport over several days, effectively shutting down the airport. Compared to August 2018, passenger numbers were down 12.5% over August 2019. The trend continued over September and October when passenger numbers fell 12.7% and 12.9% respectively compared the same months in 2018.

In a statement, Hong Kong’s Airport Authority said, “Passenger volume continued to be affected by weak visitor traffic, with passengers to and from the mainland and Southeast Asia experiencing the most significant decreases.

“Over the first 11 months of the year, Hong Kong Airport handled 68.5 million passengers and 385,730 flight movements, representing year-on-year decreases of 3.4% and 1.3% respectively.”

It is not just passenger numbers that have fallen this year at Hong Kong Airport.  There have been four consecutive months of declines in aircraft movements since August 2019. This is unsurprising given many airlines, including Hong Kong based Cathay Pacific, have cut the number of flights to and from Hong Kong.

The last time a similar pattern emerged was in 2009. Notably, at that time, every month between November 2008 and January 2010 recorded a decline in aircraft movements compared to the same month the previous year.

Freight has also recorded similar declines. Before this year’s unrest, Hong Kong Airport has held the mantle of the world’s biggest air cargo hub. Hong Kong’s Airport Authority notes that on a 12 month rolling basis, the volume of freight through Hong Kong has dropped 6.4%. In November 2019, freight throughput was 440,000 tonnes, a decline of 3.4% compared to November 2019.

The downturn in passenger numbers, aircraft movements, and freight throughput at Hong Kong Airport is part of a wider economic downturn in the city. Hong Kong is now officially in a recession – its first in a decade. While the unrest continues, the Hong Kong Government is advertising this week in international media, extolling the virtues of the city and proclaiming they remain open for business.

Whether travellers head the call and start booking tickets again to what was one of the world’s most desirable destinations remains to be seen.