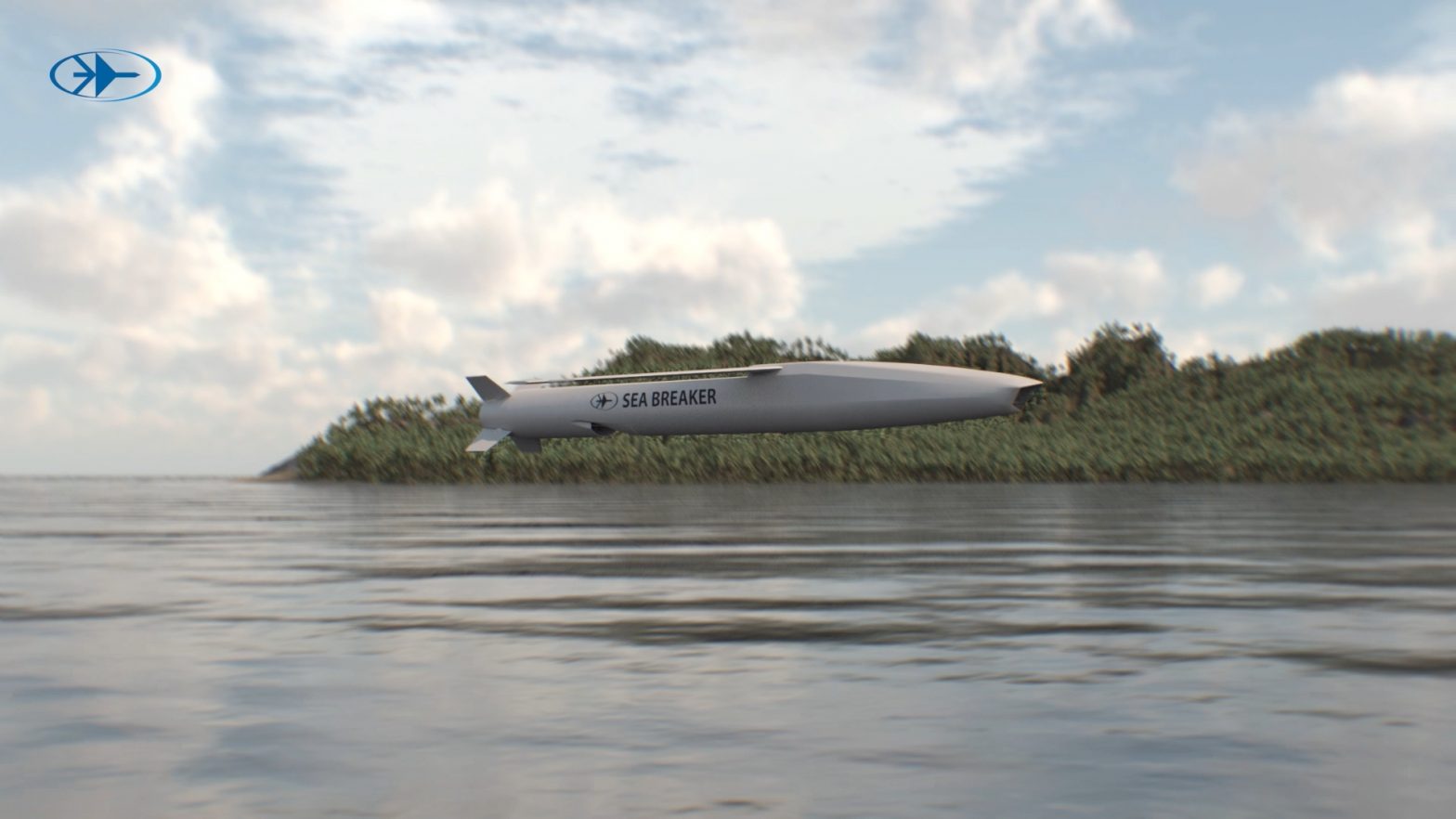 “Sea Breaker provides surgical, pin-point precision strikes from stand-off ranges of up to 300 km. It features an advanced IIR (Imaging Infra-Red) seeker, ideal for engagement of maritime and land targets, stationary or moving, in advanced Anti Access/Area Denial (A2/AD) arenas, and in littoral or brown water, including archipelago, as well as for engagements in which previous generation RF-seeker-based missiles are not effective,” Rafael said in a June 30 statement.

At an event showcasing the missile, which is several meters long and has swept wings that flip out after it is launched, Rafael executives and project managers for the system traced the missile back to the company’s precision-guided missiles and bombs, such as the Spice 250 and Spike NLOS.

Sea Breaker is intended for naval ships, such as frigates, and also land-based launchers. Rafael said it fits in its Spyder launchers, enabling a plug-and-play format that means air defense missiles can be stacked with Sea Breaker in the same battery. This kind of open architecture and plug-and-play model has been seen before with Rafael’s SkyCeptor, which can be used in a Patriot battery. Spyder is usually equipped with I-Derby and Python-5 missiles.

Eli, who is the head of Rafael’s naval missile systems business and whose last name was not provided for security reasons, said the system’s unique capabilities include its computer vision and artificial intelligence, as well as its mission-planning system. With evasive flight maneuvers and a large warhead for its less than 400-kilogram size, it is “quite unique in those dimensions … it’s compact and compatible, and I think the computer, the AI and [automatic target recognition], and computer vision is a novelty of the company combining it with man-in-the-loop, mission planning and agile flight profile.”

It also reportedly performs “deep learning” that it combines with its AI capabilities.

A tactical missile designed to be deployed in salvos like an artillery battery with a low-flight ability and its automatic target recognition enables it to be “complete autonomous,” Eli said.

The need for better target recognition is important in environments with moving targets, such as a port where civilian and military ships might be in close quarters. This means a missile that has been fired from hundreds of kilometers away may need to quickly discriminate against a recognizable target, such as striking a gunboat rather than hitting a similar-looking trawler. Rafael said the missile can also shift to a different target at the homing stage.

The missile is designed for maritime targets and those near the shore, as well as headquarters, airports or other hardened targets. Eli said that given the constraints on ships in terms of weight and displacement, having a dual-purpose weapon is important.

Recent conflicts have shown that the ability to find high-quality targets is also critical. Radar-based seekers alert an enemy, and having a missile that can avoid electronic warfare measures and engage in a GPS-denied environment is a “solution that is better than everything else.” Recent conflicts also illustrated how major conventional wars with clear delimitations between opposing forces are no longer the norm. Instead, wars take place near civilians, and precision to avoid casualties is imperative.

The developers emphasize that the future battlefield involves more GPS-denied environments and a greater need for missiles like this to be immune to electronic countermeasures with a 300-kilometer range and for compact flexibility in how they can be put on trucks or ships. Rafael said that including AI, scene matching and automatic target recognition with electro-optics is what makes it a fifth-generation system.