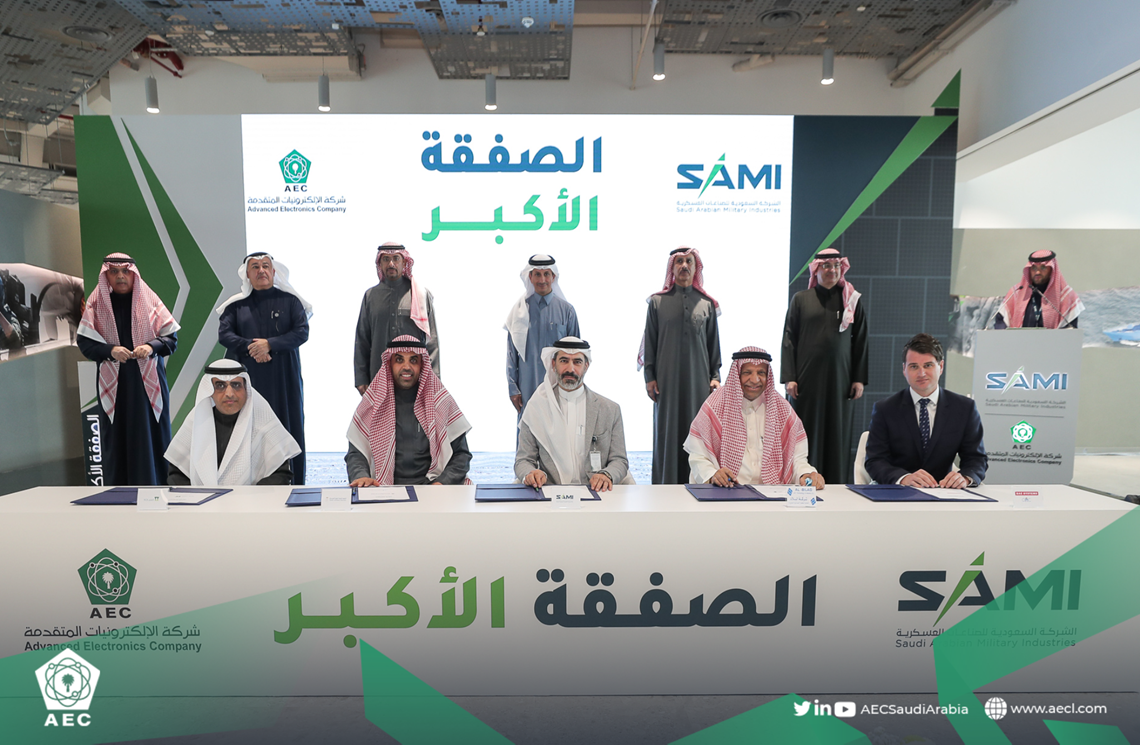 The purchase is expected to complete in the first quarter of 2021 following regulatory approvals. As a result, AEC will become a 100% Saudi-owned Company.

The acquisition was announced during a ceremony organized by SAMI in the presence of the members of SAMI’s and AEC’s Board of Directors, and senior officials from the Ministry of Defense, General Authority for Military Industries (GAMI), PIF, Saudi Arabian Airlines (SAUDIA), BAE Systems Saudi Arabia, and other stakeholders.

Ahmed Al-Khateeb, Chairman of SAMI, said, “This deal strengthens SAMI’s presence in the strategically important defense industries market and supports its plans to transfer and localize the military industries. The acquisition will also enhance AEC’s opportunities to expand and compete in its field.”

Al-Khateeb affirmed the support of H.R.H. the Minister of Defense for the transfer and localization of military industries as a key part of the Kingdom’s Vision 2030. “This achievement also supports PIF’s efforts through SAMI in localizing cutting-edge technology and knowledge, as well as building strategic economic partnerships.”

Al-Khateeb added, “Considered the ‘crown jewel’ of Saudi Arabia’s military industries and a proud accomplishment for its citizens, AEC will bring about transformative change in the Kingdom’s defense sector by enhancing the industry’s competencies and advancing innovation. With state-of-the-art products, innovative technologies, several decades of experience, and the collective efforts of both SAMI and AEC, the acquisition will shape the future of the domestic defense ecosystem and make long-lasting contributions to the national economy for the upcoming years, through skills development, employment generation, and exports.”