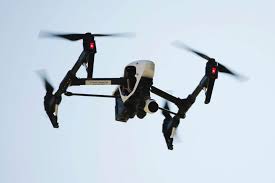 Dubai Police here have issued a fresh warning to drone users. In a tweet posted on August 20, the police warned that legal action would be taken against those flying drones without official authorisation from relevant authorities.

Following a spate of incidents where drones were spotted flying in unauthorised areas, authorities have started the strict implementation of rules such as drone licensing, registration, training. You could face jail time and/or stiff penalties of up to Dh100,000 in fines for operating drones. The emirate is a world leader in drone regulation.

Register drones before flying under your name.

Only operate it within fly zones, not exceeding 400 feet above sea level

Don’t lose sight of your drone, it should be within your line of vision

Land your UAV, if you see or hear any aircraft or helicopter

Respect privacy of others, it’s strictly prohibited to operate in private areas

Camera usage is only allowed in the flying zones, abiding by UAE laws

In case of accident or loss of drone, notify GCAA immediately at 0506414667 and email aai@gcaa.gov.ae