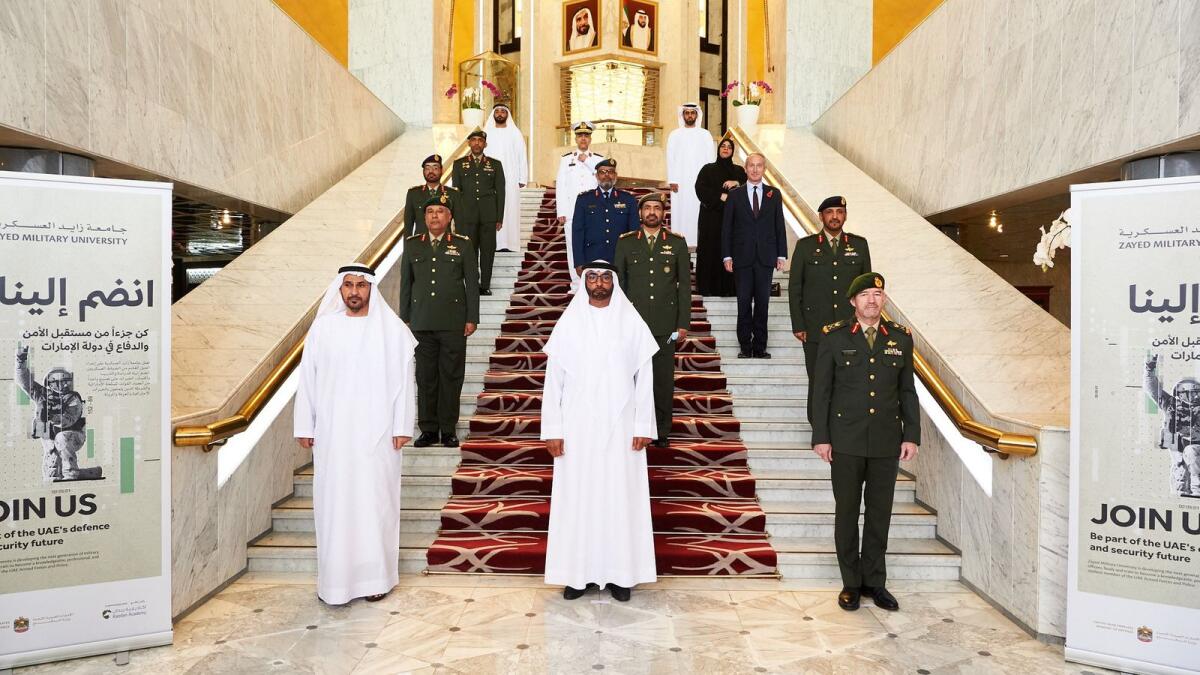 The UAE will open its first military university in January to train the next generation of armed forces officers.

Zayed Military University will prepare cadets with a combination of academic courses and military training.

It will be the first in the region to offer full undergraduate degrees to military students, officials said. Specialized colleges for the army, air force and navy exist elsewhere in the Gulf.

“But this is the first university where cadets can be trained in any military branch under one roof,” Brig Gen Waleed Al Naqbi, deputy commandant of the university said.

A rigorous application procedure has been put in place and those who pass stringent health, physical and educational standards will be considered.

Initially, only men will be accepted but there are plans to enrol women candidates in the near future.

The first class will study at a temporary facility in the Hamim Beach area on the outskirts of Abu Dhabi and will move to a permanent campus when it is ready. Candidates will be trained for three years before deciding on specialization courses to join a branch of the military.

Those who complete the courses will graduate as officers with a bachelor of science, majoring in security studies and defense, Brig Gen Al Naqbi said.

“In the near future, we will be having more degrees in different specialties to fulfil the future market needs in the defense and security sector.”

Officers and lecturers with military backgrounds are being recruited to teach.

“They will gain the necessary professional and academic experiences and refine their leadership skills.”

“The first batch of military cadets is preparing to enter history, as we are approaching the celebration of the 50th anniversary of the founding of the UAE and embarking on the journey of the next 50 years that will witness more achievements.

“There is no doubt that the challenges of the modern era require appropriate solutions, and this is exactly what we seek.

“With the establishment of Zayed Military University, there is no doubt that the graduates will be ready to serve their homeland.”

Zayed Military University has tied up with Rabdan Academy, a government-owned institution in Abu Dhabi that offers both academic and vocational education.