US Air Force deploys stealth fighters to the UAE 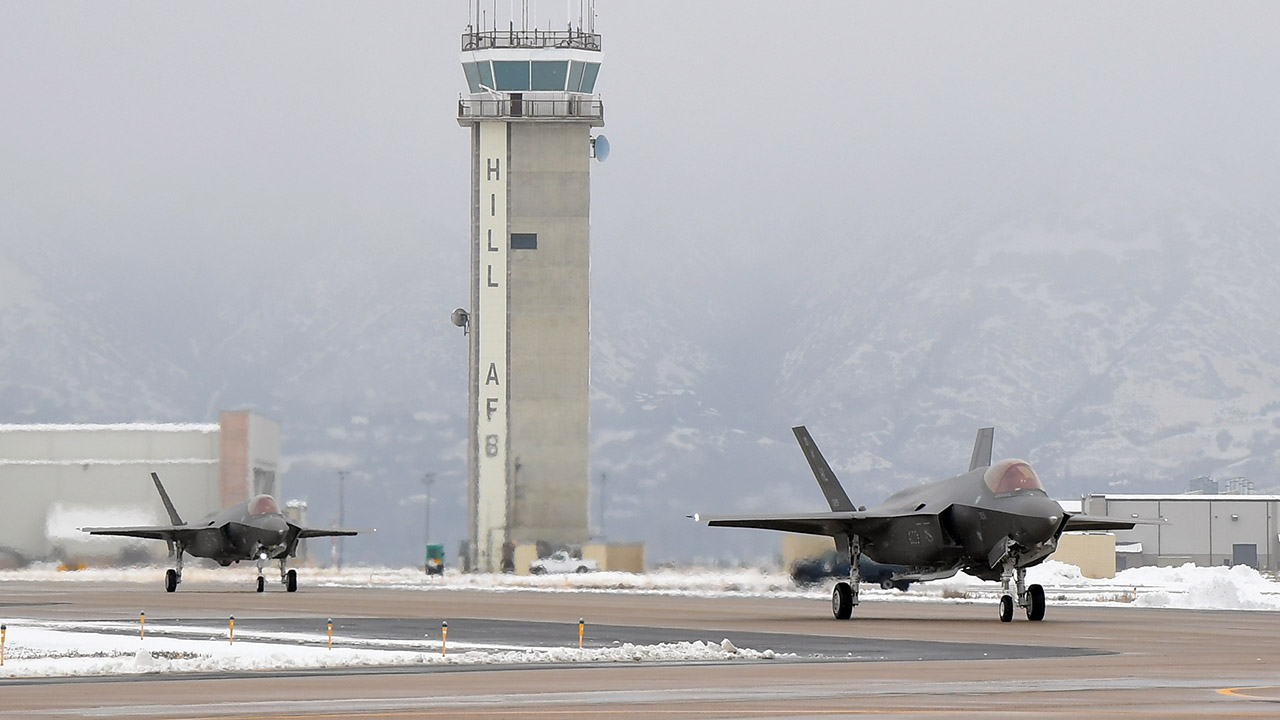 The US Air Force has deployed F-35A Lightning II stealth fighters to the Middle East for the first time.

The jets arrived at Al Dhafra Air Base in Abu Dhabi in April and are ready to be sent on missions across the region.

The aircraft, which cost about $90 million (Dh330m) each, are undetectable by radar. The F-35s are equipped with advanced weapons systems, which mean they do not have to be pointing at its target. They also have the capability to launch electronic warfare attacks on enemies.

Advanced sensors allow the jets to “gather and distribute more information than any fighter in history”, according to its manufacturer.

Crews have been prepared and trained for deployment in the area covered by US Central Command, which covers 20 nations, from northeast Africa across the Middle East to Central and South Asia, the US Air Force said.

The deployment represents a “natural evolution of increased US capability and firepower in the Gulf region”, said Danny Sebright, President of the US-UAE Business Council.

“This deployment means US forces are better positioned to carry out more nimble, precise and lethal missions at greater distances,” he said.

“Hopefully, the deployment to Al Dhafra in the UAE, a steadfast and reliable US coalition partner, also means that the US is making progress in its deliberations to eventually releasing the technology to our closest Arab partners.”

The total number of F-35As sent to the UAE from their base in Utah is being kept confidential for security reasons.

A variant of the F-35, the F-35B, has previously been deployed in the region, with aircraft under the control of the US Marine Corps carrying out the first American F-35 air strike in Afghanistan in September last year. The aircraft would go on to fly more than 100 combat sorties against ISIS and Taliban targets.

However, it is the first time US Air Force F-35As have been sent to the region. Previously, they have been deployed to the UK and Japan.

“We are adding a cutting-edge weapons system to our arsenal that significantly enhances the capability of the coalition,” said Lt Gen Joseph T Guastella, US Air Forces Central Command commander.

“The sensor fusion and survivability this aircraft provides to the joint force will enhance security and stability across the theatre and deter aggressors.

“We look forward to demonstrating the full range of the F-35A’s capabilities while it increases the interoperability of our forces throughout the region.”

The F-35s have been designed for multi-purpose use. They are able to fly surveillance and reconnaissance missions, as well as launching air-to-ground and air-to-air attacks.

The development of the aircraft by arms company Lockheed Martin has at times proved controversial due to the cost of the program and questions about effectiveness. Although the first flights were in 2006, it only became fully operational in 2015.

The US has 200 F-35s and hundreds more on order. Other nations that have bought, or plan to buy, the F-35 include Japan, South Korea, Australia, Singapore, Turkey, Italy, the UK and Israel.