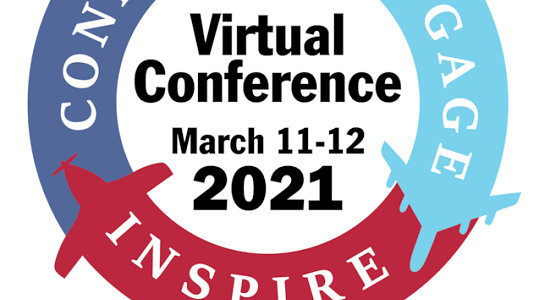 Last year brought a number of transitions to Women in Aviation International—namely the passing of the leadership baton from founder Dr. Peggy Chabrian to new CEO Allison McKay—but the last “normal” event that many folks in the aviation industry attended was the organization’s annual conference in Orlando, Florida, at the Disney Coronado Springs Resort. For 2021, WAI decided a couple of months ago that an in-person event wasn’t the right choice for its team and constituents, so it focused in on planning a virtual event.

On March 11 and 12, WAI will host the first virtual Women in Aviation Conference, and the lineup of activity appears nearly as full as the exhibit hall was last year, when nearly 4,500 attendees from 31 countries came together for networking, education, and leadership sessions. Keynote speakers kick off the virtual event, which will also feature professional development seminars, the 2021 scholarship awards, and the induction ceremony for the latest members of the Pioneer Hall of Fame—including Joan Robinson-Berry, Maj. Gen. Carol Timmons (retired), and US Marine Corps First Class of Women Aviators.