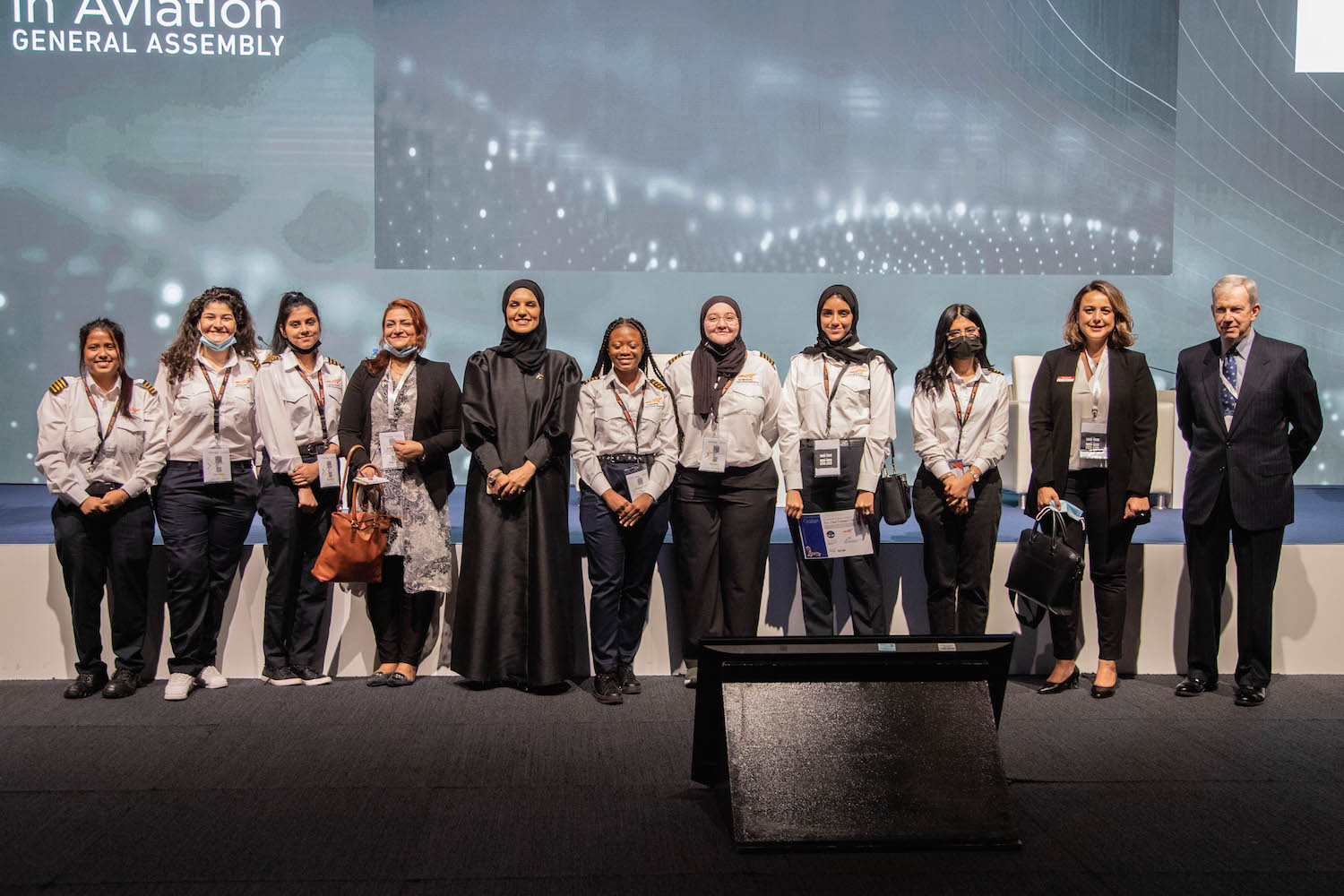 The fifth edition of the Women in Aviation (WIA) Middle East Chapter’s General Assembly, held as a co-located event of the 20th edition of the Airport Show at Dubai World Trade Centre (DWTC), has awarded scholarships worth over US$50,000 and honored women who are helping the aviation industry gain gender diversity.

For the first time, an exclusive awards program had been conducted to honor the rising stars in aviation.  The WIA General Assembly featured the first of its kind awards in the MENA region designed to recognize the achievements of organizations and individuals working in the aviation and aerospace domains in more than 19 countries.  The recognition includes honoring key women who have been helping gender diversity in the aviation industry.

This year’s winner is Lilit Tshughuryan who established and runs Akademikka Training Institute in Dubai. The Knowledge and Human Development Authority (KHDA)-approved institute offers professional development courses in aviation and other domains. The award in the Educational Institution category for attracting the maximum number of students went to Alpha Aviation Academy (AAA) which is managed by Air Arabia and has state-of-the-art facilities for the pilots training. It is the Middle East’s leading pilot training provider and one of the largest providers of the Multi-Crew Pilot License in the world. It has trained over 650 students with more than 400 graduates who went on to fly with MENA’s first LCC based out of Sharjah.

Mervat Sultan, Co-founder and President of WIA Middle East Chapter and one of the ﬁrst women in the Arab world to obtain an FAA-GCAA ﬂight dispatch license, says the movement towards enlisting more women in aviation in the Middle East region remains a continuous endeavor and this year’s event has been a big hit. Sultan, an executive at RamJet Aviation, an aviation support company, said this year WIA Middle East Chapter provided scholarships worth over US$50,000.

Captain Mohamed Al Suwaidi, CEO of VCATI, said: “Our institute is open to students from all nationalities. In line with our policy to support the local community, we will start from the beginning of the next academic year giving a free scholarship annually to one of the deserving students to enrich new competencies in the aviation engineering sector that has huge potential.”

The Middle East will have demand for 2945 new commercial aircraft over the next two decades, according to the Boeing.  The American company’s Pilot and Technician Outlook 2020-2039 says the Middle East region will require 63,000 pilots, 63,000 technicians and 108,000 Cabin Crew members during this period.  A report by Oliver Wyman says the Middle East airlines fleet size is projected to grow 2.1 per cent over the coming five years. The UAE and Saudi Arabia are the two key aviation markets in the region, together constituting approximately 73 per cent of the total fleet size in the AGCC aviation sector.