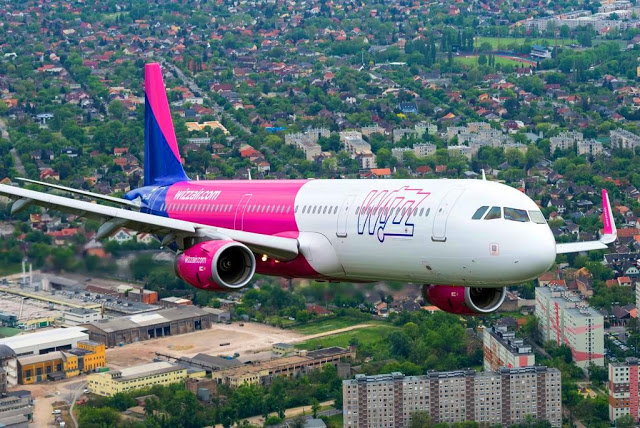 Wizz Air recently restarted operations from its bases in Belgrade and Tuzla with its two aircraft stationed in both cities. Although Wizz resumed flights from London to Belgrade on May 18, the service is operated by its British registered aircraft and crew. The budget airline will this week commence services from Belgrade to Basel, Dortmund, Hanover, Baden Baden, Memmingen, Eindhoven, Gothenburg, Malmo and Skavsta, while flights to Larnaca, Malta and Beauvais are to launch in mid-June. From Tuzla, the airline will reinstate operations to its entire network this week, including Vienna, Billund, Basel, Berlin, Cologne, Dortmund, Hahn, Friedrichshafen, Baden Baden, Memingen, Eindhoven, Gothenburg, Malmo, Skavsta and Vaxjo. Last week, the carrier announced it would commence a new two weekly service from both Belgrade and Tuzla to Salzburg starting July 2.
As EX-YU Aviation News learns, Wizz Air will not be removing either of its two aircraft based in both Belgrade and Tuzla. Despite the ongoing pandemic, the low-cost airline is set for a busy first week back at the two airports, with inbound flights seeing high load factors, some even being overbooked. This week, Wizz will also resume flights between Budapest and Sarajevo. Furthermore, it will reintroduce all of its services from Niš, after restarting flights from the city with a single route two weeks ago.
Wizz Air’s CEO, Jozsef Varadi, said last week, “We are one of the very few airlines in Europe which can deliver growth capacity when everyone else is cutting and contracting capacity”. Mr Varadi noted the airline would retain its primarily eastern and central European focus but would be more opportunistic in western Europe. Wizz, whose Abu Dhabi-based joint venture is due to start flying later this year, is also opening new bases at Milan, Larnaca, Lviv and Tirana. “Many airports are approaching us”, Mr Varadi said. Wizz has a strong balance sheet and while it has cut 19% of its workforce, it is sticking with plans to grow its fleet and was one of the first airlines to restart flights.