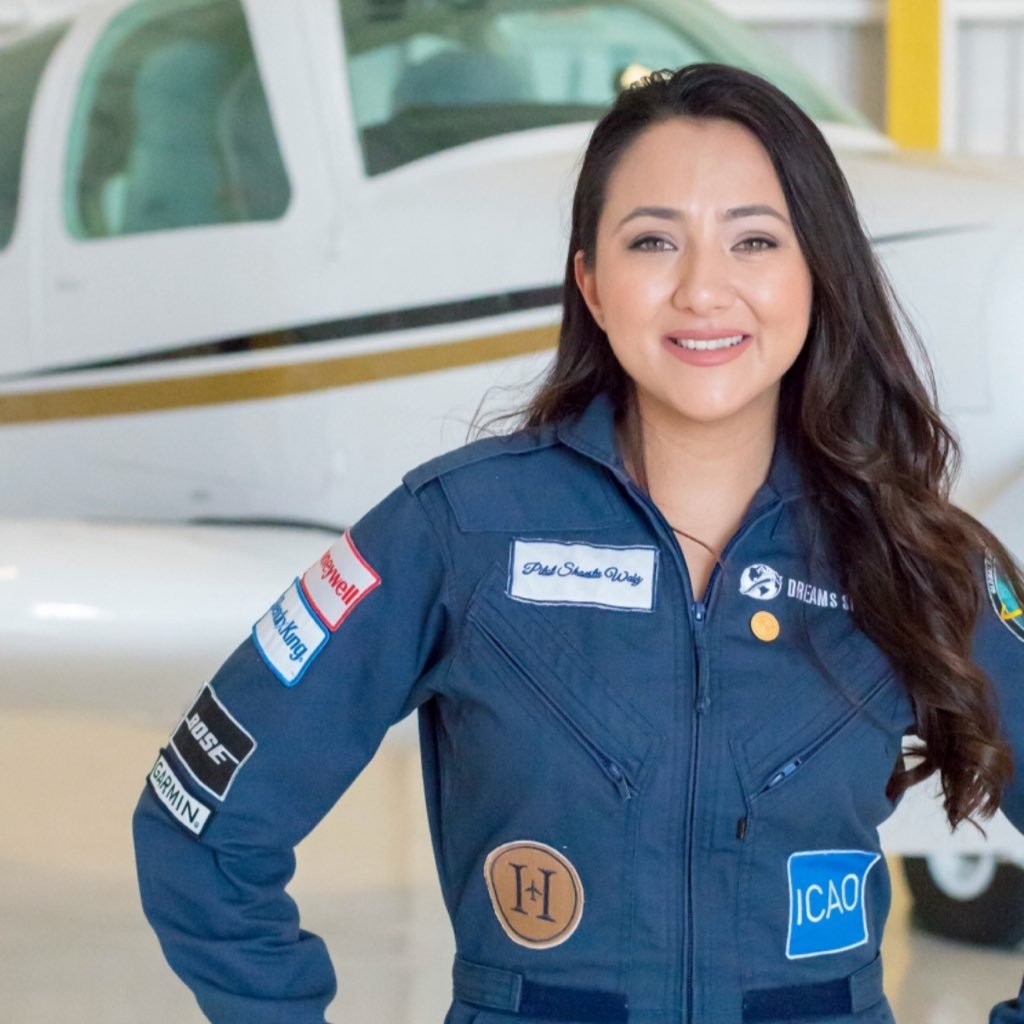 Shaesta Waiz, the youngest woman to fly solo around the world in a single-engine aircraft, launched a new podcast, AVIATE with Shaesta, July 30 to showcase women in aviation.

The podcast highlights female role models in aviation, encourages women to make their voices heard in the aviation industry, embraces diversity, motivates women to travel and pursue their aviation passions, and inspires women to reach their full potential.

“It is time for us women to get together and surface some of the long-standing challenges we face in our beloved industry,” Waiz says in a trailer for the new podcast. “And just to be clear, men, you are our allies. This podcast is for you too!”

Waiz focuses on six pillars that form AVIATE—acknowledge, vocalize, inclusion, act, travel, and evolve. Two episodes have been released: an interview with Dr. Sima Samar, the former minister of women’s affairs of Afghanistan and runner-up for the Nobel Peace Prize in 2009, in which the two discuss the U.S. military exit from Afghanistan and what that means for women in the country, and an interview with airline pilot and writer Linda Berlin about mental health and flying.

The podcast is the latest in Waiz’s efforts to encourage and inspire others to overcome obstacles and follow their dreams.

Waiz launched the Dreams Soar nonprofit organization for her around-the-world flight to inspire girls and young women during her stops to learn about science, technology, engineering, and math careers. Waiz completed the record-setting flight in 2017 at the age of 30. Now the group works to raise funds for scholarships.

Waiz’s desire to motivate others comes from her own life experiences. She was born in a refugee camp in Afghanistan, and her family fled to California during the Soviet-Afghan War in 1987. She became interested in aviation as a teenager and pursued that passion. She earned a bachelor’s and master’s degree from Embry-Riddle Aeronautical University and accomplished her goal of flying around the world. She became an FAA Ambassador in 2020.

“That’s right, I did eventually make it,” Waiz shares on her podcast’s website. “The flight path to achieving my goals of becoming a record setting pilot was an incredible one, but also very turbulent with self-doubt at every intersection. Looking back, I am grateful for all of it, the good, bad, ugly and downright scary experiences, because it was the path I needed to take to become the pilot and woman I am today.”