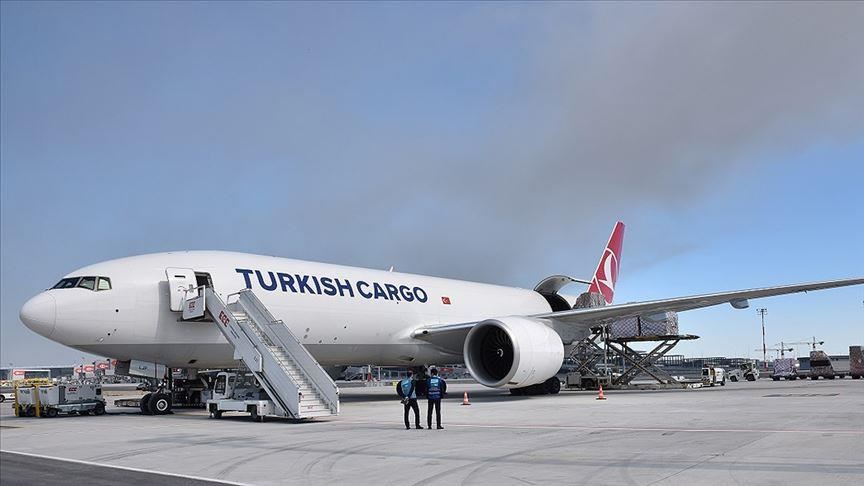 Serving 122 countries around the worldand one of the fastest growing air cargo brands, Turkish Cargo has shown a very good performance in the first nine months of 2018.

According to WACD (World Air Cargo Data), Turkish Cargo has achieved a 29 percent rise in revenue and 25 percent growth in transported cargos between January and September 2018 compared to the same period last year, keeping its 8th place on WACD list of top global air cargo carriers.

Since 1933, Turkish Cargo has also been carrying out the air cargo transportation operations of Turkish Airlines, Turkey’s national airline.

The accomplished air cargo carrier, which evolved into a brand under the title of”Turkish Cargo” in 2000, carried a total of 1 million 130 thousand tons cargo in 2017, ranking among the top 10 international air cargo carriers based on the data obtained by WACD.

Determined to make Istanbul the global cross-point in air cargo traffic and the logistics center of the world, the
triumphant air cargo brand plans to operate direct flights to 150 destinations by 2023. While Turkey is getting ready to become a new reference point for the world upon the opening of the mega hub New Istanbul
Airport, Turkish Cargo will have a facility with a closed area of 165.000 square meters and an annual capacity to sort out 4 million tons of cargo

While ensuring sustainable growth and being still preferred in air cargo transportation thanks to its infrastructure, operational capabilities, fleet and highly-competent personnel,Turkish Cargo aims to be one of the top five global air cargo brands in line with the vision set for 2023, marking the centennial foundation of the Republic of Turkey.

With Turkish Cargo, you can transport a wide range of goods like textile, petrochemicals,machinery parts, electronics etc. which classified suitable for air freight by relevant authorities like IATA and others. Various goods are carried safely and also delivered fastly with Turkish Cargo’s high quality service.

Your cargoes are carefully handled in Turkish Cargo’s technological warehouse with the help of its dedicated workforce in Istanbul, which is a natural HUB thanks to its characteristic of being the
cross roads of continents throughout history. Your cargoes can be delivered directly to 124 countries in the world with the wide network and fleet power of Turkish Airlines. Visit www.turkishcargo.com for more information