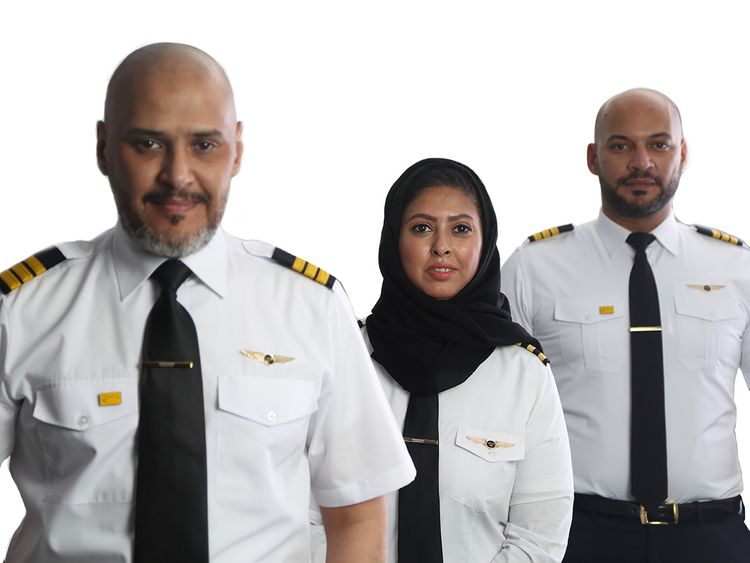 It was a bright and sunny morning when Saudi Arabia’s first female commercial pilot, Yasmin Al Maimani, embarked on her national debut flight from Hail to Qassim, soaring high through the Arabian sky.

“The moment I sat in the cockpit to fly I realized that dreams do come true. I had goosebumps and tears in my eyes as memories of years of struggle flashed through my mind,” Al Maimani said.

The 29-year-old Jeddah-based pilot told a local newspaper that she believes in Saudi Arabia will have more female pilots in the next few years.

Al Maimani had excellent grades throughout her academic career, receiving full scholarships in medicine from various good universities in Jeddah.

“I should’ve been happy but I was not. What I really wanted to do was fly but I wasn’t sure if my family could afford it.”

One day she decided to tell her father about her aspirations. Even though it was an unconventional career choice for a woman, he immediately supported her.

He even went so far to take her to Jordan where he enrolled her in pilot school.

“I thought he would just make me see the airplanes there and then bring me back home. But, I was surprised and amazed when he got me admitted there,” she said.

However, she didn’t continue with her other licenses because her piloting education was putting a financial and emotional strain on the family.

She also faced a lot of sexism from her classmates, as she was the only female trainee in her class.

However, Al Maimani could not stay away from planes.

She soon got a job as an assistant for a chief pilot in a reputable airline company.

She began searching for scholarships and finally received a partial scholarship from Aerosim, an aviation academy in Florida.

In 2013, after a year of rigorous training, Al Maimani returned to Jeddah with commercial pilot and instrument weighting licenses.

The General Authority of Civil Aviation (GACA) in Saudi Arabia approved and converted all her licenses.

But little did she know, she was heading for another barrier.

For the next six years, Al Maimani worked for various aviation companies in almost every capacity except as a pilot.

More women were being considered and hired into professions previously only held by men.

Despite the spiraling changes happening around her, Al Maimani said she was very disheartened by all the disappointments she endured along the way.

However, in February 2019, she received a call from Nesma Airlines that changed her life.

“They wanted me sit to for some exams and test my flying skills on the simulator; and I thought they would do what other aviation companies had done with me earlier or maybe it was just for media attention. But, they were so impressed with my skills that a few days later they called to hire me as a pilot,” she said.

Al Maimani underwent an intense 4-month flight training session before she embarked on her first flight.