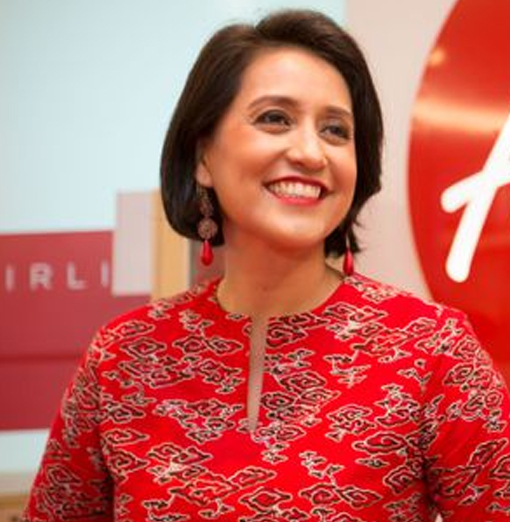 Aireen Omar is AirAsia Group’s President (RedBeat Ventures). She is responsible for AirAsia’s digital strategy, promoting innovation throughout the group and encouraging collaboration across AirAsia’s businesses and markets.

Aireen was AirAsia Malaysia Executive Director and CEO before she was called to serve as the Group’s President.

Taking on these roles, she was instrumental in shaping the development of AirAsia into one of the fastest growing and most highly- acclaimed airlines globally.

She is an Economics graduate of the London School of Economics and Political Science and also holds a Master’s Degree in Economics from New York University.