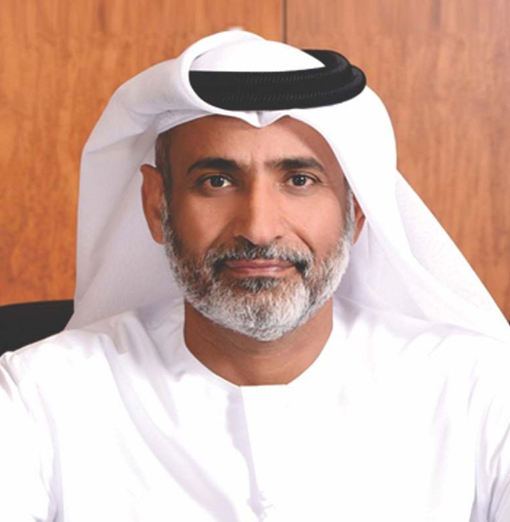 H.E. Saif Mohammed Al Suwaidi was awarded the Prime Minister’s Medal for the Best Director-General in the UAE in 2017.

He was appointed Director-General of the General Civil Aviation Authority (GCAA) in the United Arab Emirates in April 2008 and continues to lead the agency in its quest for more innovations and reforms.

The first commercial flight arrived in the UAE in October 1932 from Pakistan.

Today, the UAE aviation industry leads in infrastructure and technology innovations and international traﬃc volume, employing more than 500,000 people (both directly and indirectly) and contributes approximately

AED169 billion (about US$46 billion) equivalent to 15 percent of the country’s GDP.

An air force veteran, Al Suwaidi held various senior management positions in the UAE Air Force, including as director of Air Force Operations, before he was tapped to lead GCAA, a federal autonomous body set- up to oversee all aviation-related activities in the UAE.

Al Suwaidi began his career in the aviation industry in 1983 as a UAE Air Force pilot.
In 1995, he took up his first Master’s Degree at the Command & Staff College in Cairo, Egypt.
He later obtained a Law Degree from the Beirut Arab University in Lebanon, graduating in 1999.
Al Suwaidi took up his second Master’s Degree from the National Defense University in Beijing, China, graduating in 2006.