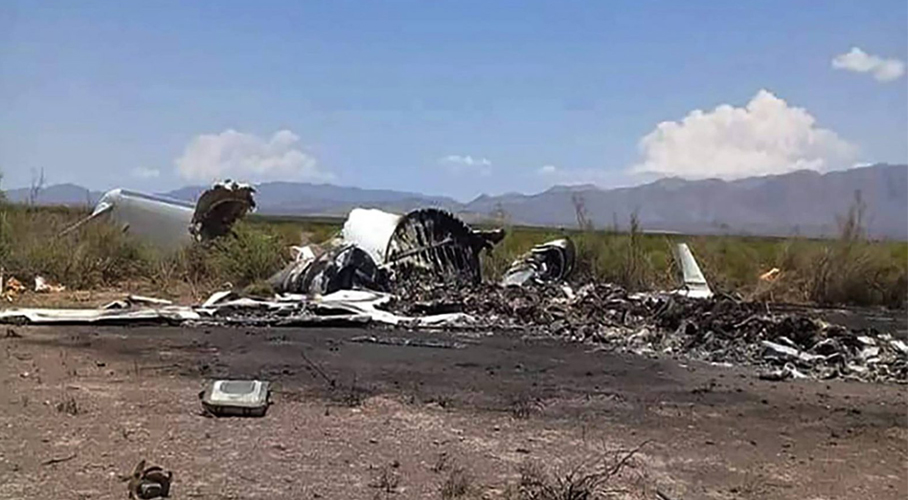 A Bombardier Challenger 601 business jet that took off from Las Vegas with three crew members and ten passengers crashed. No survivors were found.

An aerial search and rescue party located the aircraft on May 6, 2019, in a mountainous area near Monclova, northern Mexico, said Miguel Ángel Villarreal, administrator of Monclova International Airport (LOV), to local news Multimedios. According to him, the aircraft was transporting 11 passengers and 3 members of the crew. Their identity has not been disclosed.

The plane took off from Las Vegas on the afternoon of May 5, 2019, and was expected a bit later in Monterrey, northeastern Mexico. Air traffic controllers lost contact with the aircraft over Coahuila.

The cause of the accident is being investigated. The aircraft, registered N601VH, was owned by TVPX Aircraft Solutions, a US-based firm. Its passengers reportedly visited Las Vegas to attend a boxing match.

On March 10, 2018, a private jet – Bombardier Challenger 604 – crashed into Zagros Mountains (Iran), killing all 11 people onboard – eight passengers and three crew members. The victims were identified as Mina Basaran, a Turkish bride-to-be, and her bachelorette party.