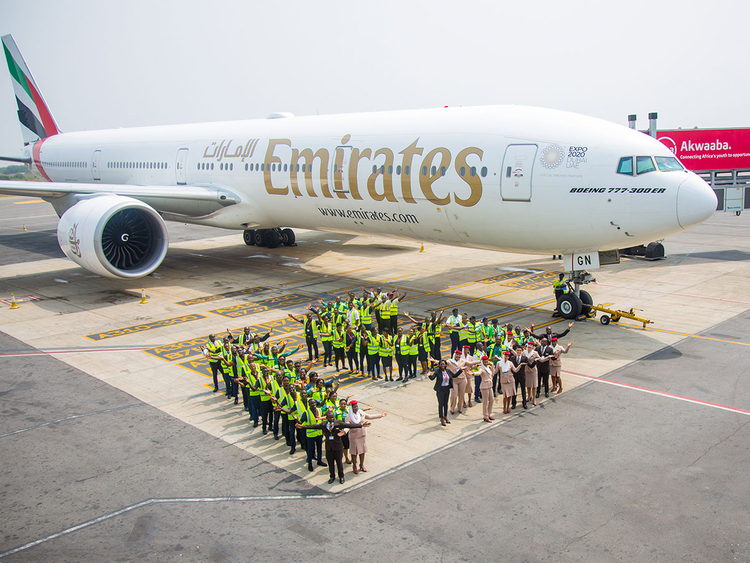 After weeks of cutting schedules and updating routes, Emirates has added several more destinations to its growing list of flight suspensions.

Emirates has now cut flights to 111 destinations across its network – which means more than 70 per cent of the airline’s routes are currently suspended.

The changes are due to travel restrictions introduced to prevent the spread of Covid-19 by air travel.

The latest destinations to be added to the list include several cities in the UK, US, Australia and all destinations in New Zealand. Some services are suspended until June 30, meaning many foreign residents in Dubai will not be able to travel home with Emirates for the annual summer break.

The Dubai airline has suspended services to Auckland and Christchurch, the only two destinations it serves in New Zealand. As the only UAE airline to fly direct to the country, New Zealanders will need to look at alternative arrangements if they need to travel before June 30.

Emirates flies to more than 150 destinations around the world. The latest cuts mean the airline has now suspended services to more than 70 per cent of its network, although not all suspensions will last until the end of June.

The airline is also rerouting flights to select destinations in Pakistan. Until Tuesday, March 31, flights to and from Peshawar and Sialkot will be directed through Islamabad. Affected passengers must make their own way to the rerouted airports.

Emirates had previously cut services to select destinations in the US amid the announcement of travel restrictions by US President Donald Trump. These flight restrictions have affected Emirates’s fifth freedom routes.

A presidential proclamation issued after Trump’s address said the president’s ban would apply to the 26 Schengen Area countries. This was then extended to include Ireland and the UK. The restrictions apply to all foreign nationals who have been in the area in the last 14 days.

The announcement regarding the US flights comes after the airline also suspended flights to Italy and Kuwait.

Emirates flights to Kuwait were suspended on Saturday, March 14 and will be grounded until at least Tuesday, March 31 after the Gulf country announced it was closing to commercial flights.

Kuwait is currently having a public holiday period lasting two weeks. The move is set to help control the spread of the disease caused by coronavirus.

Emirates is also one of several airlines reducing or suspending flights to Italy after the country announced emergency travel restrictions across the country to help contain the spread of Covid-19.

From the UAE, Emirates suspended its daily flight to Venice. The Dubai airline has also suspended flights from Dubai to Milan and Bologna.

Flights from Dubai to Rome have been cut, after initially being reduced.

Passengers affected by the changes are advised to contact their booking agent or Emirates to make alternative arrangements.