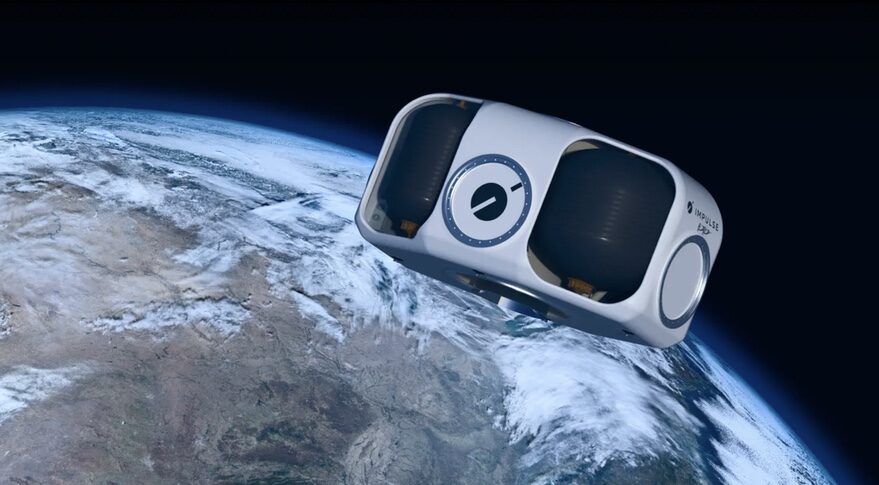 Impulse Space recently announced that it will launch its first orbital transfer vehicle late this year on a SpaceX rideshare mission.

Impulse Space said its LEO Express-1 mission, using a transfer vehicle it is developing called Mira, is manifested for launch on SpaceX’s Transporter-9 rideshare mission currently scheduled for launch in the fourth quarter of 2023. LEO Express-1 will carry a primary payload for an undisclosed customer.

Barry Matsumori, chief operating officer of Impulse Space, said in an interview that the mission can accommodate additional payloads, like cubesats. The mission profile is still being finalized, but he said the vehicle, after making some initial deployments, may raise its orbit, then lower it to demonstrate operations in what’s known as very low Earth orbit, around 300 kilometers.

The performance of Mira depends on how much payload it is carrying, but he estimated that the vehicle can provide about 1,000 meters per second of delta-v, or change in velocity, with a payload of 300 kilograms. Its propulsion system, using storable propellants, has been extensively tested, with more than 1,000 seconds of runtime, while other elements of the vehicle are in various stages of design and manufacturing.

Impulse Space plans additional missions in 2024, he said. The company will take advantage of future SpaceX Transporter missions as well as opportunities on other vehicles like Relativity Space’s Terran.

The number of options for in-space transportation services is also growing. On the Transporter-6 mission SpaceX launched Jan. 3, D-Orbit flew two of its ION satellite carriers that will deploy nine cubesats and support three hosted payloads. Momentus flew Vigoride-5, its second transfer vehicle carrying one cubesat and one hosted payload. Launcher flew its first Orbiter vehicle, with eight customers on board.

Matsumori said that Impulse Space plans to stand out from competitors based on performance. “Most everyone out there has fairly low delta-v’s for the mass they’re carrying,” he said. “We’re pretty much on the high end of the capabilities of the vehicles.”