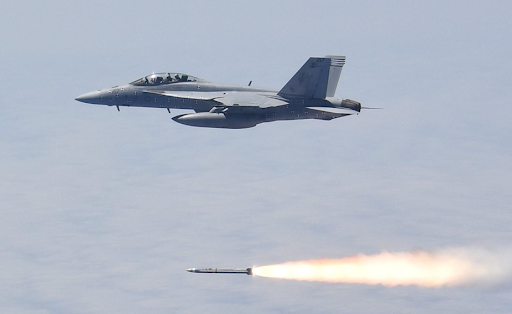 “The additional capabilities of AARGM-ER, coupled with its high-performance air vehicle, will provide our fleet with the most advanced weapon system to defeat evolving surface-to-air threats,” said Capt. A.C. “Count” Dutko, Navy Program Manager for Direct and Time Sensitive Strike (PMA-242). “Our team has continued to prove the maturity of the system and we are confident AARGM-ER is ready to commence low rate production.”

This decision enables the start of the production to support future deployment of the AARGM-ER to the fleet and achievement of initial operating capability.

“AARGM, and now AARGM-ER, is a time-critical capability that protects and enhances the capabilities of the U.S. Navy and the evolving threats they encounter,” said Gordon Turner, vice president, advanced weapons, Northrop Grumman. “We are honored to continue providing advanced suppression and destruction of enemy air defense products to the warfighters with this significant expansion to our missile prime business.”

AARGM-ER is a major upgrade to the existing AARGM missile, currently in production and fielded with the Navy today.

AARGM-ER is being integrated on the Navy F/A-18E/F Super Hornet and EA-18G Growler aircraft as well as the Air Force F-35A, Marine Corps F-35B, and Navy F-35C aircraft.

Northrop Grumman solves the toughest problems in space, aeronautics, defense and cyberspace to meet the ever evolving needs of our customers worldwide. Our 90,000 employees define possible every day using science, technology and engineering to create and deliver advanced systems, products and services.