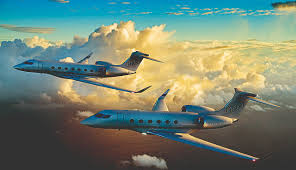 Global business aircraft activity continued its post-Covid-19 recovery last month, with traffic down 30 percent from year-ago levels, according to data released today by WingX Advance. But the business aviation segment is still outpacing the airline recovery, which was down about 50 percent year-over-year in June, it added.

The North American market has had the largest rebound since the global slump in April, but recovery trends in the US slowed last month as lockdown lifts have slowed in several states due to Covid-19 spikes, WingX said. In Europe, the recovery rate in the latter part of June was been stronger than in any other region, although full-month activity lagged 40 percent behind last year.

Regions outside North America and Europe accounted for less than 10 percent of business aviation departures last month. Of these regions, Oceania activity was down around 10 percent, though Asia as a whole fell 30 percent. While improving, flying in Africa fell 38 percent, while business aviation activity in South America has yet to be significantly eroded, falling 13 percent year-over-year.

“The recovery in flight activity has hit a fragile period where lockdown lifts are getting stuttered due to secondary localized virus outbreaks. But overall, June´s 30 percent year-over-year decline was a clear improvement on May´s 50 percent slump,” said WingX Advance managing director Richard Koe. “Assuming that the opening up of economies can be resumed, we would expect stronger recovery in July, driven primarily by leisure travel in small and midsize jets. So far, much of the recovery has come from aircraft owners, but we would expect the mid-summer to see a much stronger comeback in the charter market.”