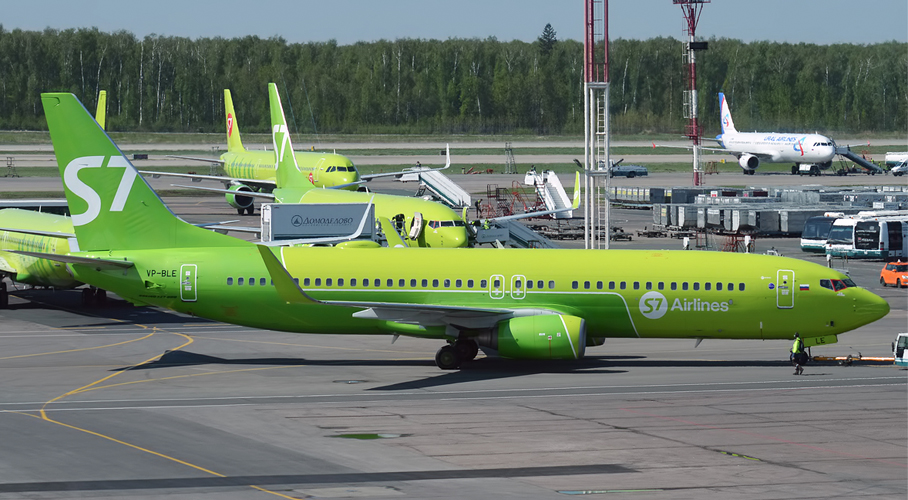 S7 Airlines flights from the Northern capital of Russia are operated once a week to Palma de Mallorca, twice weekly to Barcelona and Olbia, thrice weekly to Anapa.

In the IATA Summer Season S7 Airlines will continue to expand its presence at Pulkovo. In May, the carrier will launch scheduled flights from St. Petersburg to Irkutsk located close to the famous Baikal Lake. The city pair has had no direct air connection since 2012. In addition, S7 Airlines will provide direct service from Pulkovo to the Russian city of Voronezh as well as Nice on the French Riviera.

With the new additions, the route network of S7 Airlines from Pulkovo in 2019 includes 23 destinations: 13 domestic and 10 international.

S7 Airlines is a member of oneworld airline alliance. The carrier is one of the world’s TOP-100 best airlines and ranks third in Eastern Europe according to Skytrax.

Pulkovo St. Petersburg Airport is the fourth airport in Russia in terms of passenger traffic. In Q1 2019, Pulkovo served 3.6 million passengers, which is 14.7% more than in the same period of 2018. In 2019, St. Petersburg airport, for the fourth year in a row, became the winner of the national ‘Air Gates of Russia’ award, according to the passengers’ votes. Since 2010, Northern Capital Gateway LLC has been the main operator of Pulkovo, implementing the airport reconstruction and development project under a public-private partnership agreement with the city of St. Petersburg.