“There will be a new dawn and a brighter tomorrow very soon,” says Modi 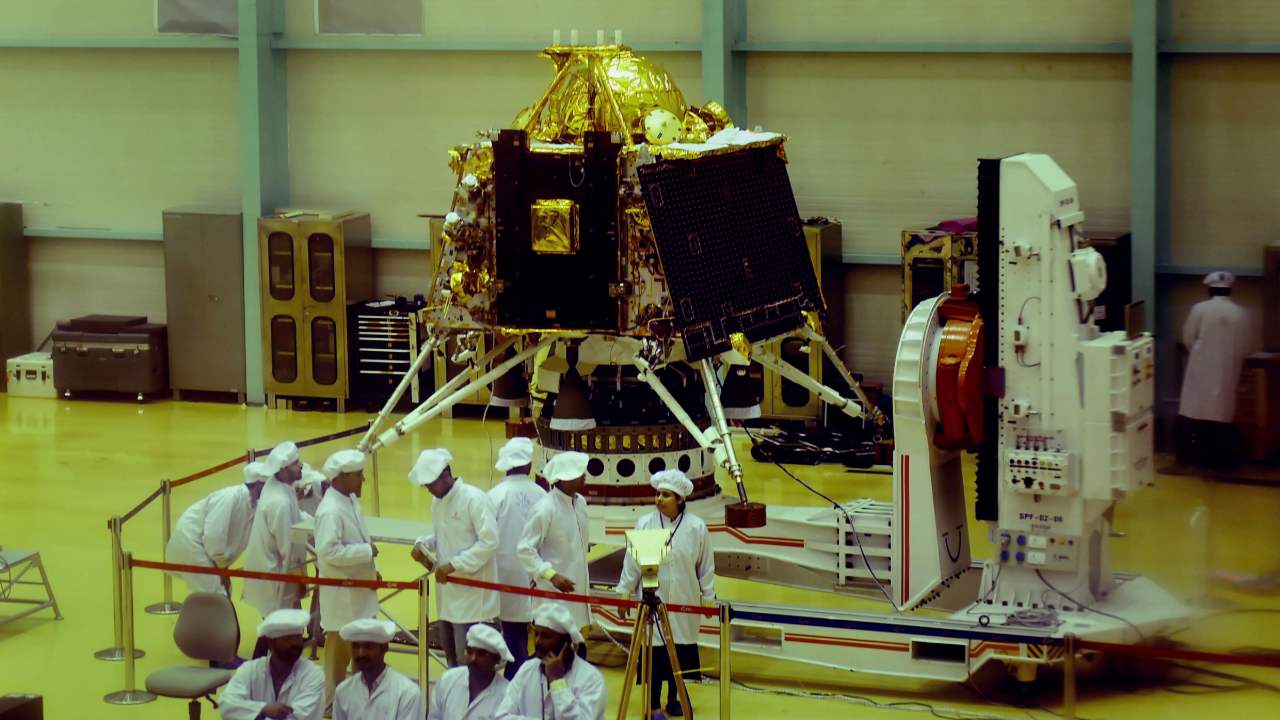 The apparent loss of India’s first moon lander Vikram has cast a pall on the country’s Chandrayaan-2 lunar mission, but Prime Minister Narendra Modi has told the nation’s space agency it must forge ahead.

In a heartfelt 25-minute speech at the Indian Space Research Organisation’s Control Centre in Bengalaru late Friday (Sept. 6), Modi sought to boost the morale of the Chandrayaan-2 team after its first-ever moon landing attempt on Friday ended with a mysterious loss of signal from the Vikram lander. While ISRO has not formally announced that the lander crashed into the moon, Modi’s comments hinted that Vikram and its small Pragyan rover may be lost.

“Sisters and brothers of India, resilience and tenacity are central to India’s ethos. In our glorious history of thousands of years, we have faced moments that may have slowed us, but they have never crushed our spirit,” Modi said in his speech.  “We have bounced back again, and gone on to do spectacular things.”

Modi spoke at 10:30 p.m. EDT (0230 Sept. 7 GMT), though it was 8 a.m. local time at the ISRO center. The Vikram landing attempt occurred four hours earlier. You can see Modi’s remarks to the ISRO Chandrayaan-2 moon mission team in the video transcript below.

“Sisters and brothers of India, my scientists friends, for the last few hours the entire nation was awake. We were awake in solidarity. In solidarity with our scientists who had embarked on one of the most ambitious missions of our space programs.

“We came very close, but we will need to cover more ground in the times to come. Every Indian is filled with a spirit of pride as all as confidence. We are proud of our space program and scientists, their hard work and determination. [they] ensure a better life, not only for our citizens but also for other nations.

“It is the outcome of their innovative dream that several people have got access to a better quality of life, including better healthcare and education facilities. India is certain that there will be many more opportunities to be proud and rejoice. Thanks.

“At the same time, we are full of confidence that when it comes to our space program, the best is yet to come.”

“There are new frontiers to discover and new places to go to. We will rise to the occasion and scale newer heights of success.

“To our scientists, I want to say, India is with you. You are exceptional professionals who have made an incredible contribution to national progress. You have given your best always, and will give us several more opportunities to smile.

“True to your nature, you entered into a place where no one has ever been before. You came, as close as you could. Stay steady and look ahead.

“I’ll also tell you, the families of our space scientists. Their silent but valuable support remains a major asset.

“Sisters and brothers of India, resilience and tenacity are central to India’s ethos. In our glorious history of thousands of years, we have faced moments that may have slowed us, but they have never crushed our spirit. We have bounced back again, and gone on to do spectacular things.

“This is the reason our civilization stands tall.

“My dear friends, as important as the final result is the journey and the effort. I can proudly say that the effort was worth it, and so was the journey.

“Our team worked hard, traveled far and those teachings will always remain with us. We will look back at the journey and effort with great satisfaction. The learnings from today will make us stronger and better. There will be a new dawn and a brighter tomorrow very soon.”