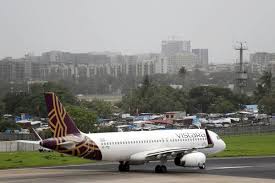 India’s privately-owned full-service carrier Vistara has started operating non-stop flights between Delhi and Doha, as part of an effort to strengthen its presence in the Middle-East, reports Jay Menon.

The airline will operate special non-stop flights twice a week between Delhi and Doha under the ‘transport bubble’ agreement between India and Qatar, a spokesman of the airline informs.

“Doha is a significant addition to our network as it helps us in widening our global footprint while strengthening our presence in the Middle-East. We are glad to be able to continue expanding our network, amidst the challenges of the present day and take India’s only five-star airline to more and more destinations,” Vistara’s Chief Executive Officer, Leslie Thng, says.
The inaugural flight departed on November 19 from Delhi at 2000 hrs (IST) and landed in Doha at 2145 hrs (AST). The flight returned from Doha at 2245 hrs (AST) the same night, landing in Delhi (DEL) at 0510 hrs (IST) on November 20.
“Vistara will accept all eligible customers meeting visa/entry requirements in both the countries, as specified by the respective government bodies,” Thng adds.
India has indefinitely suspended scheduled international flights due to the coronavirus pandemic. However, special international passenger flights, mainly to evacuate stranded citizens are operating since May under the Vande Bharat Mission, and since July under bilateral air bubble arrangements.
“As an economic hub of the region, Doha continues to draw business travellers and is home to a large number of Indian expatriates,” the spokesman adds.
The Tata SIA Airlines Ltd, known by the brand name Vistara, is a joint venture between Tata Sons and Singapore Airlines Ltd (SIA).